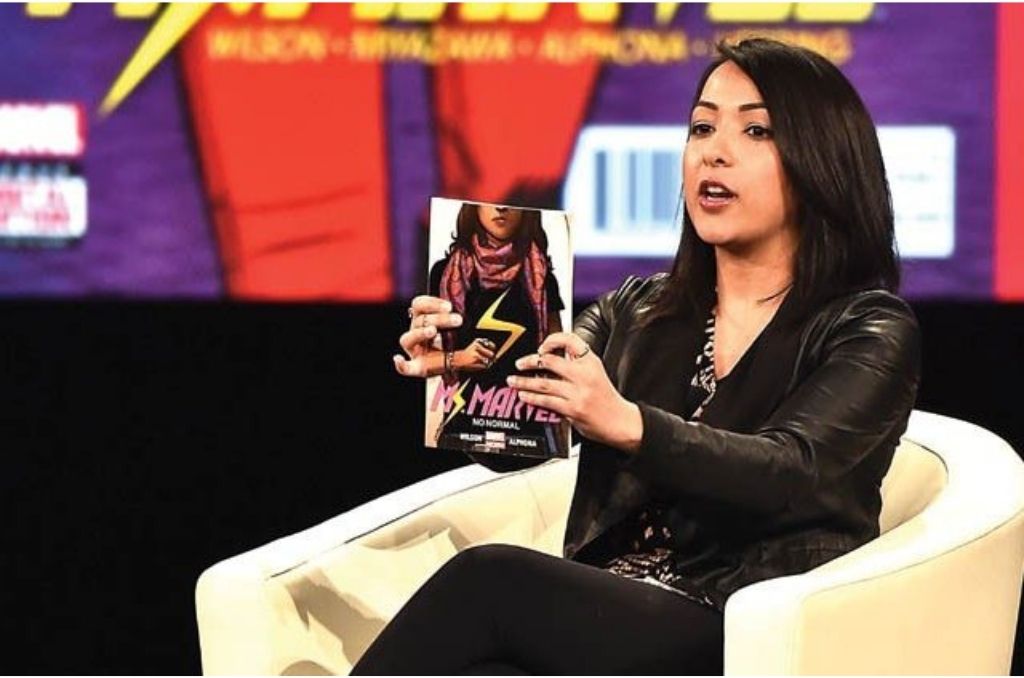 Khan, a Pakistani-American from New Jersey, will join the league of Marvel women while donning a fetching eye mask and gearing up to fight the bad guys. Her superpower: shape shifting.

Series editor Sana Amanat has a lot in common with the new teenage Muslim Ms. Marvel. In fact, Kamala was more or less modeled after her own experiences growing up in New Jersey.

Look around and you’ll find a good mix of strong, educated Muslim girls and women portrayed in media.

Amanat told the New York Times, “Her (Kamala’s) brother is extremely conservative. Her mom is paranoid that she’s going to touch a boy and get pregnant. Her father wants her to concentrate on her studies and become a doctor. I do expect some negativity, not only from people who are anti-Muslim, but people who are Muslim and might want the character portrayed in a particular light.”

Kamala doesn’t wear a hijab and although she belongs to strict parents she has the same freedoms and choices as most U.S. teens. The fact that she is Muslim seems a mere side note, akin to having black hair.

Amanat says the character is less about faith and more about the struggles every teenager grapples with on the road to self-discovery. But will the series fly with Western audiences? 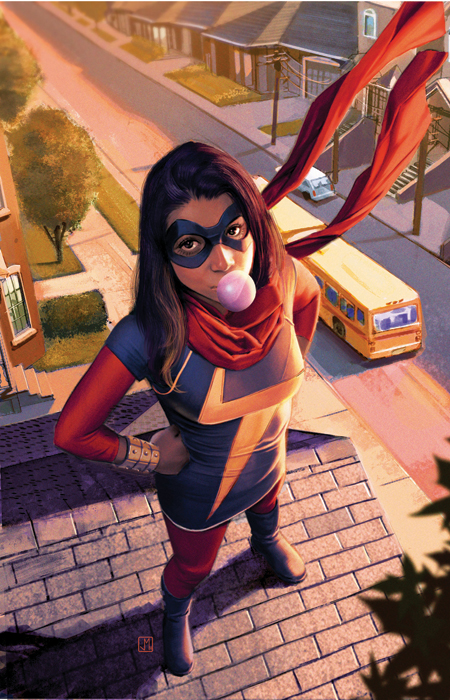 “That’s Good for Marvel, it will increase their profit, enjoy her comics strip before she gets Honor Killed by her family ;-)”.

And responding to the piece “Marvel Comics to present teenage, female Muslim superhero” in the Toronto Sun, a poster with the moniker “Canada’s Best” mused, “I could totally win just throw some bacon on a stick and chase him/her.”

Back in the 1970s, did Wonder Woman catch the same heat? Maybe so. The firestorm of criticism, and some celebration, over a simple Marvel character is curious, particularly since comics are not big industry to begin with. 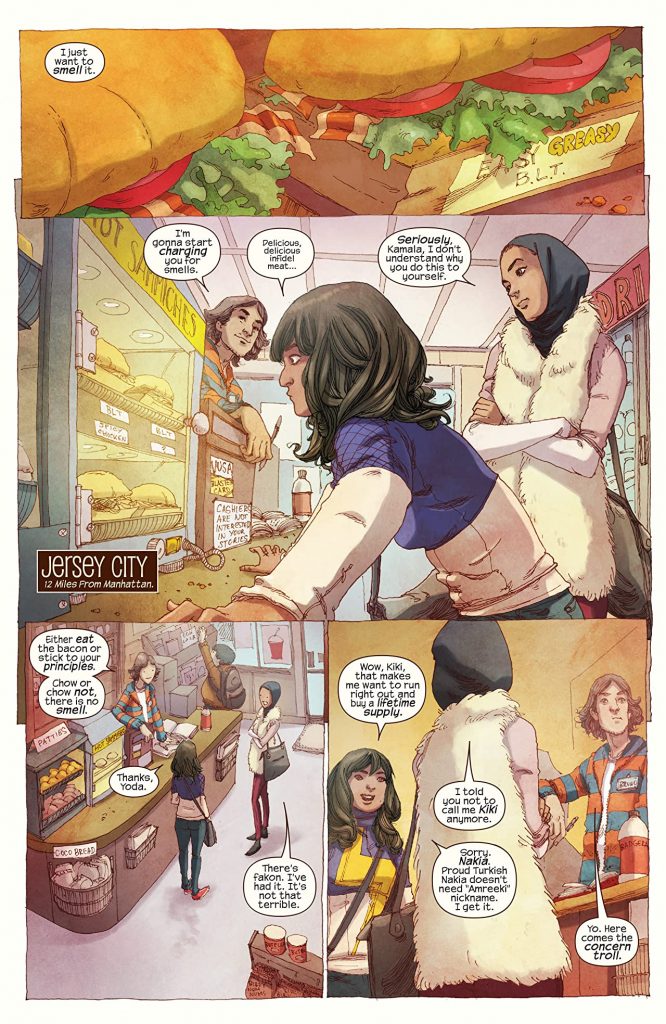 Mahmood was fascinated with the backlash Huma Abedin received throughout her husband, Congressman Anthony Weiner’s, political scandal. “I was upset when even well-respected journalists constantly portrayed this Muslim woman as submissive, even though there have been so many similar instances in history and politics of women standing by their man,” she says.

Compare Kamala with the Burka Avenger, an action-comedy animated TV series from Pakistan produced by Unicorn Black Production Company. This series follows the adventures of school teacher Jiya and three young kids in the imaginary city of Halwapur as they fight the evil Baba Bandook and his henchmen. Jiya’s superhero costume is full-on abaya. She is female, pro-education and stands up for children’s rights. Who could argue with that?

Both Kamala and Jiya have similar superhero goals: justice and education, freedom and righting wrongs. And yes, they both happen to be Muslim. So why is the American Muslim super girl getting so much mixed press? 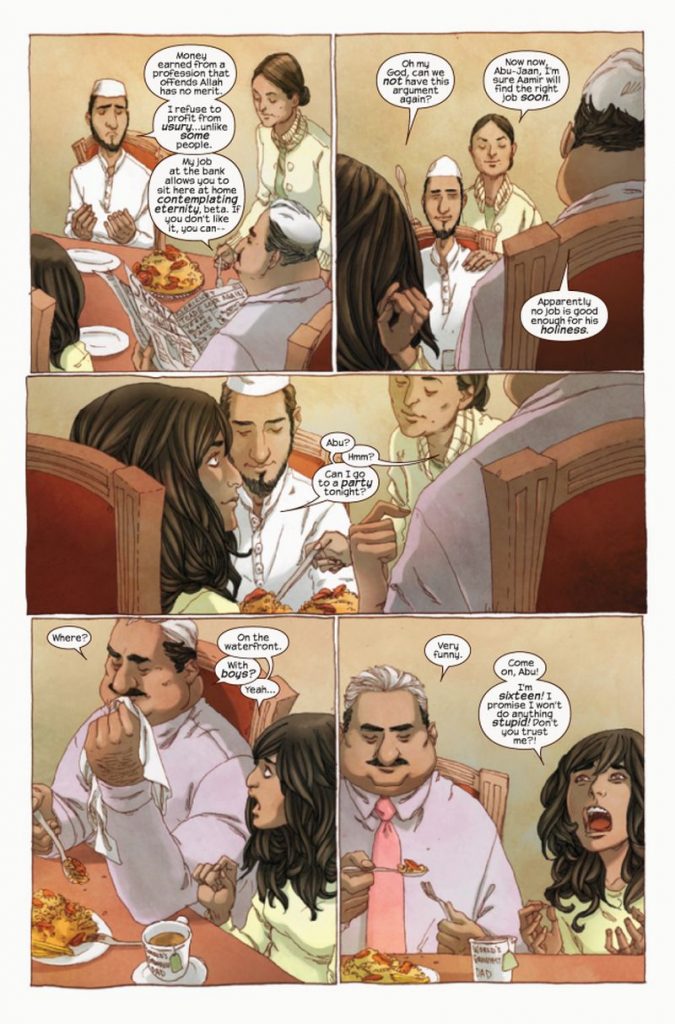 “When you’re a minority and there is that one story that is told, it can be discomforting, because that’s the only one. I do understand why some Muslims are concerned that people will [remember] that one story when there are actually many stories, but as long audiences keep in mind [this is just one story], I think it will be ok.”

“Maybe Kamala’s parents are conservative because they came from another country and because things are really scary. Where my family is from in India it was not safe to be out alone, so my parents always worried when I went out. For outsiders this may seem sexist, but it was really a safety concern,” Mahmood said.

“Myth 4: Muslim women who wear the hijab don’t have a voice and need to be spoken for.

Fact: Granted, women in some countries don’t have a voice, but religion has little to do with it. If the hijab was a tool of oppression, the millions of Muslim women who choose not to wear it would be the first to denounce it, and help their supposedly oppressed sisters in becoming free. “Muslims agree that those who oppress women in the name of Islam are liars and don’t deserve to be called Muslims.”

Look around and you’ll find a good mix of strong, educated Muslim girls and women portrayed in media.

Kamala is scheduled to make a full debut in All-New Marvel NOW! Point-One #1 January 2014. Maybe her story will be well-written, or perhaps she will be written off as a weak token character. The question is, do audiences still cheer for a fearless Muslim girl as she grows into a fearless Muslim woman?

Mahmood thinks even fictional portrayals of Muslim girls and women, like Kamala Khan, are helpful in debunking stereotypes.

“I do think we’ve come a long way. I see the media as such a powerful tool. Growing up I would devour nonfiction. I loved reading all types of stories that were funny or touching or sad. I loved to watch them on TV or in movies. I find the lack of diversity here in the U.S. astonishing. There are so many interesting stories to be told.”