Iram Parveen Bilal, director of I’LL MEET YOU THERE, is a Pakistani filmmaker and screenwriter. In her third feature movie, to be started screening on Feb 3rd, she tells the story of a Muslim cop goes undercover at his estranged Father’s mosque while his daughter hides her passion for a forbidden dance.

Dalia Mogahed, Director of Research at the Institute for Social Policy and Understanding, ISPU, will further explain how the United States treat its Muslim citizens. Dalia leads the organization’s pioneering research and thought leadership programs on American Muslims.

They talk with Sara Jamshidi about I’LL MEET YOU THERE, Islamophobia, and the challenges of Muslim families in the United States. 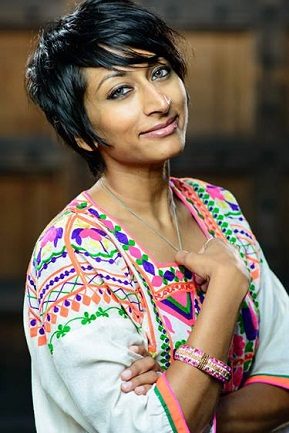 Raised in Nigeria and Pakistan, Iram Parveen Bilal is a Physics Olympian turned filmmaker.  I’LL MEET YOU THERE, a family drama about a Muslim cop and his teenage ballerina daughter, is her third feature movie to be screened on Feb 3rd.

Iram’s past noted feature length movie include Josh (Against The Grain), Pakistan’s first film to be on Netflix.

Iram initiated the Pakistani Oscar committee and is the founder of Pakistan’s first professional screenwriting lab (QALAMBAAZ). She is a Thomas J Watson, Women In Film, Film Independent and CAPE fellow and an active member of the Alliance of Women Directors and Film Fatales, both organizations vested for fair representation of female directors in the entertainment industry. She believes that genuine curiosity is the antidote to fear.

Dalia is former Executive Director of the Gallup Center for Muslim Studies, where she led the analysis of surveys of Muslim communities worldwide. With John L. Esposito, she co-authored the book Who Speaks for Islam? What a Billion Muslims Really Think.

President Barack Obama appointed Dalia to the President’s Advisory Council on Faith-Based and Neighborhood Partnerships in 2009. She was invited to testify before the U.S. Senate Committee on Foreign Relations about U.S. engagement with Muslim communities. Her 2016 TED talk was named one of the top TED talks that year.

Dalia is a frequent expert commentator in global media outlets and international forums. She is also the CEO of Mogahed Consulting.

Nikita Tewani plays Dua at  I’LL MEET YOU THERE. She is a gifted ballerina high school student who started questioning her dance career after her Muslim grandfather’s unexpected visit from Pakistan.

Nikita was most recently seen reprising the role she originated, Aziza, in the play adaptation of Khaled Hosseini’s A Thousand Splendid Suns at the Old Globe Theater. She was also seen as Mahwish in The Who And The What, by Ayad Akhtar, at the Milwaukee Repertory Theater.

I’LL MEET YOU THERE:

A modern and moving portrait of three generations of a Muslim-American family, I’LL MEET YOU THERE follows Majeed, a Chicago policeman, and his teenage daughter Dua, a gifted ballerina, who are unexpectedly visited by Baba, Majeed’s long-estranged father from Pakistan.

Majeed is given a career-making opportunity that he can’t turn down, but it requires him to use his father’s religious devotion to gain access to the local mosque, while Dua, under Baba’s guidance, begins to question her passion for dance. The three form a tentative bond of family and cohesion that comes to a head in a surprise bait and switch by the FBI.

I’LL MEET YOU THERE defies storytelling conventions and stereotypes in favor of multi-dimensional characters who display their humanity at every turn. Filmmaker Iram Parveen Bilal’s thoughtful writing and directing have yielded enlightening performances in a story of family and betrayal that is both unique and universal.