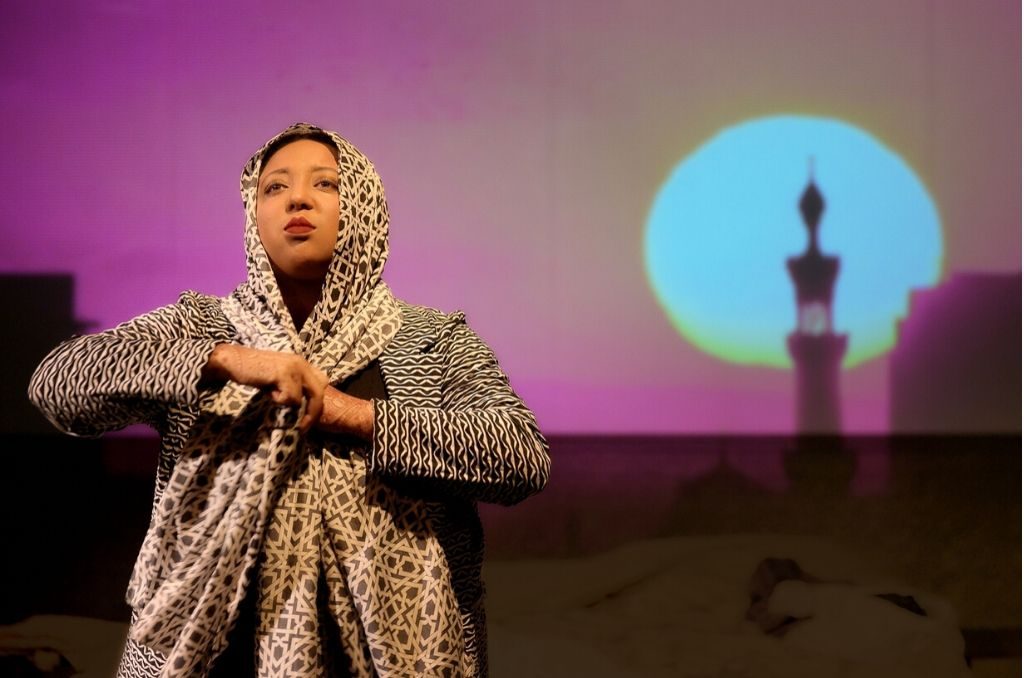 Intisar (Fathiya Ritter) arrives in the Egyptian capital a few months before the revolution of 2011 veiled and ready to take on her life in a strange and foreign land, when she meets the exuberant Samar (Alaji) at the airport. It is too early for them to go back to their dorm so they travel to the Pyramids on their first day, exhausting themselves by taking many selfies and being carefree and happy.

As Samar and Intisar try to be respectful of each other’s political and religious viewpoints, the girls have numerous heated discussions about what it means to be a Muslim woman in a modern world.

At one point, Intisar agrees to talk to Samar’s camera about her intimate experience at Detroit airport on the day of September 11. The audience learns that she was traveling with her family when she and her mother were selected for a body search. They were the only two women in veil that day. Intisar’s mom was forced to take off her hijab and almost all her clothes to prove she was not carrying any firearms.

“I think that if we don’t figure out how to come together, we are going to be in some real trouble.”

The body-search experience at the airport bruises Intisar’s deepest feelings, forcing her to accept her uniqueness as an African-American Muslim living in the United States. This leads her to think she can find refuge in Cairo, a Muslim-majority city. 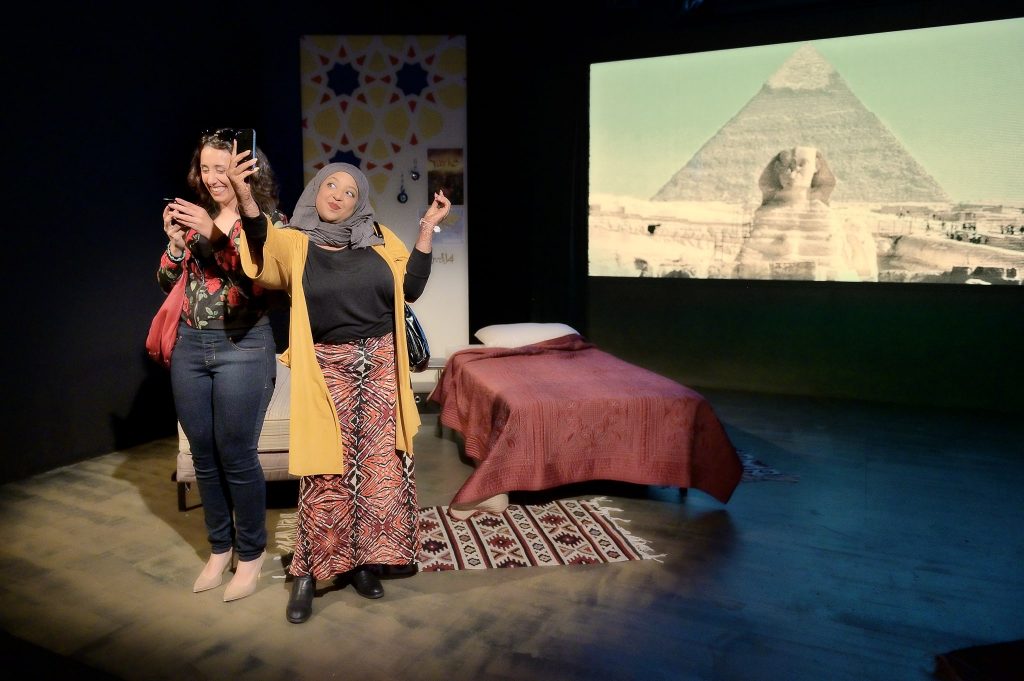 To her surprise, Cairo in general, and her interactions with Samar, in particular, are not what she expects to find in a Muslim country. On the other hand, Samar is disgusted by the country’s forceful Islamic agenda and its treatment of women in particular. She convinces the audience that she is determined to do anything and everything in her limited power to challenge the authority.

“I think in American theatre, there is a missing hole of what we have [about the Middle East]. We are missing a lot of stories.”

One night, Samar comes back home drunk and disgusted after a veiled Muslim woman harasses her in the bathroom about her choice of clothes. “She was grabbing my hair, shaking my head left and right, calling me a whore,” Samar recalls to Intisar.

The play’s willingness to embrace all sides of the debate around what it means to be a Muslim woman is echoed by those who have worked hard to bring the play to life.

“The play is objective. It shows both sides,” said Parmida Ziaei, scenic and props designer. “Even though it points out that the debate can go one way or another, it stays objective when explaining different points of views.”

From the beginning to the end of the play, it is not clear who is “right” and who is “wrong”. At any given time, it can be argued that both Samar and Intisar are right. They both explain how they understand Islam and what it means to be Muslim from their particular experiences.

“Hearing stories about women from other countries, to watch how women struggle, and how women get to support each other, it inspires me to reach across the pond, and reach into the messy middle and work with people,” said Amy Poisson, producer and artistic director.

From the beginning to the end of the play, it is not clear who is “right” and who is “wrong”.

The stage is designed in such a way that the audience sits right in front of a large screen. For instance, there is a scene where the two protagonists watch the protests happening in Tahrir Square during the Egyptian revolution right from their window.

The audience is then shown YouTube footage of the demonstrations as part of the play’s depiction of those fateful events.  It is just one of the many examples of where technology is used to create an immersive experience and accurately portray historical context.

The play is by Tom Coash, a New Haven playwright, director and teacher who taught at the American University in Cairo. Many issues including women’s rights, political upheaval in Egypt, the revolution, Muslim Brotherhood, and the Arab Spring are discussed in the play from the eyes of a foreigner and a local. The characters’ back and forth discussions on politics and religion encourage the audience to question their own understanding of global politics in the Middle East.

“I think there are a lot of stereotypes connected to hijab or a veil,” said Alaji, who plays Samar. “Ok, let us just talk about the news. News in the Middle East about hijab in general is so much connected to…it is getting ripped off, women are treated as being ‘other.’ [The veil] is something so foreign to people. And I really think that is just ignorance.”

“The play is objective. It shows both sides.”

“Veils” is the story of two women who try to understand the other person’s point of view.

“I think that if we don’t figure out how to come together, we are going to be in some real trouble. I think, as the power starts to shift in the world, the new people come into power, they should choose differently. We need to use power in a better way. Because if someone else is taking power and acting badly, doesn’t make it better for the rest of us,” Poisson said.