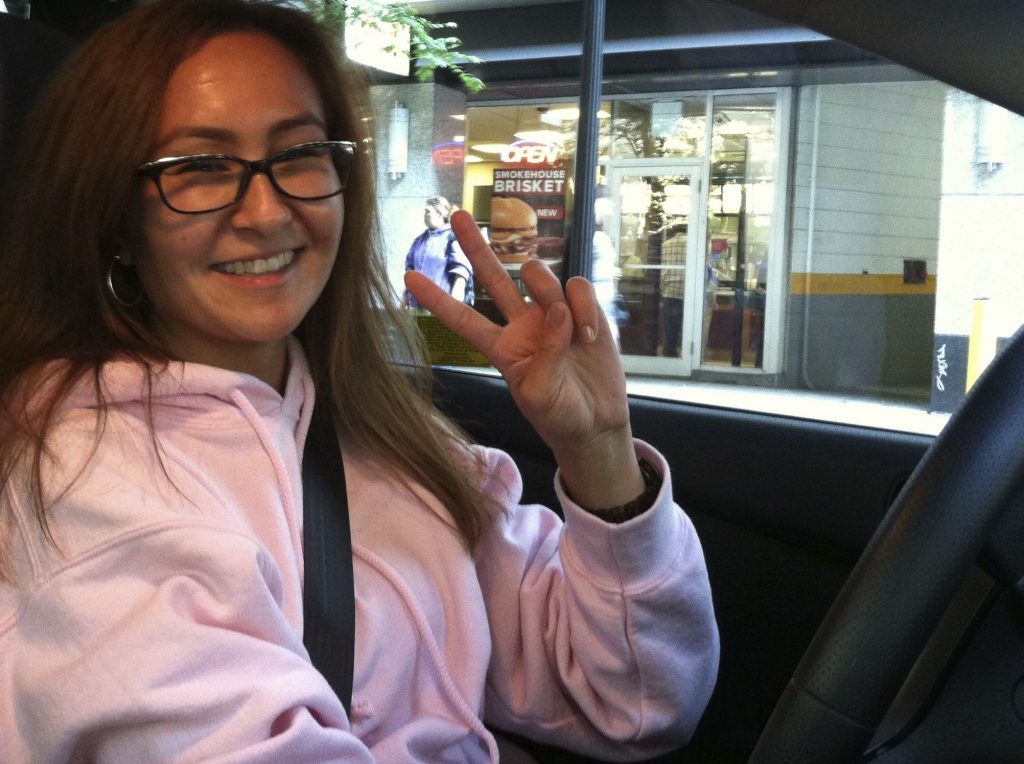 I was flying out of O’Hare International Airport and needed a taxi, so I called up Venera Nurdinova, my former student in Kyrgyzstan. I’d heard she had found work as a cab driver through the local Kyrgyz community in Chicago. Seeing her navigate traffic, I figured she knew her way around the city much better than I did.

Being a cab driver wasn’t her original intent in moving to the U.S. However, it signified how far she’d come. Negotiating her Muslim values with new American ideals, Venera Nurdinova, 23, had achieved a new level of social and financial independence as a cab driver in Chicago.

After countless sessions of relationship advice from inebriated passengers, she’s learned to approach this shift with a sense of levity.

Kyrgyzstan sits along the Silk Road, an ancient trade route between China and the Mediterranean Sea during 2nd Millennium BC. It was the time when post-Soviet sentiments, Islamic values and nomadic traditions collide. Few of Nurdinova’s cab customers recognize her country’s name when they ask her where she’s from, but she’d dreamt of living in the U.S. for years.

Nurdinova was eager to move to the capital, from her small village of only 5000 people, to study English at Kyrgyz National University. After her third year, in 2011, she opted to spend a summer in the U.S.. She applied for CIEE Work and Travel USA., a work-based international youth exchange program. Participants of the program receive a J-1 Visa, travel insurance and on-site English language immersion. 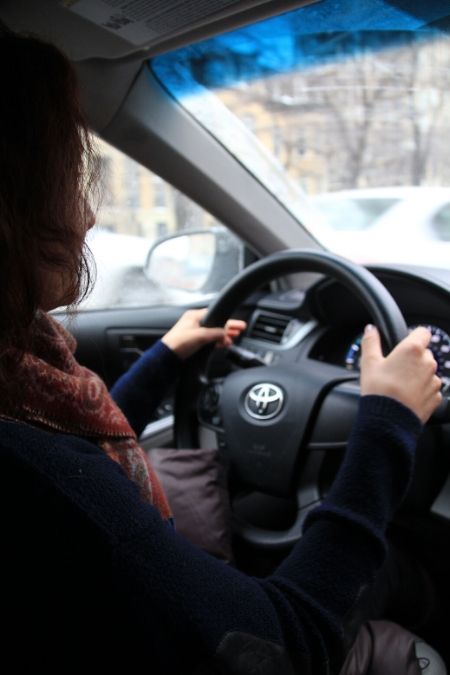 Nurdinova was not impressed by her first assignment as a hotel housekeeper. She made her way to Chicago that August. Once there, she connected with a pocket of Kyrgyzstan immigrants living in the city and got a job at a Kyrgyz-owned café. She’d heard that a few women had started driving cabs. Having never seen a female cab driver in Kyrgyzstan, it was hard for her to imagine.

“When I came here, I was really shocked when I heard the girls drive cabs,” she said.

Now she travels around downtown Chicago in a rented taxi, with her driver’s license proudly displayed on the back seat partition. She uses smart phone applications like Uber to find customers.

Thinking back to her rookie days, she confessed, “The first time I saw traffic downtown, I thought I could not manage.”

But she received a lot of support from her Kyrgyzstan colleagues. The group of Kyrgyzstan cab drivers was a male-dominated team that initially included about 10 women and expanded to include more than 30. It’s a composition that would strike most people in Kyrgyzstan as unconventional.

Having never seen a female cab driver in Kyrgyzstan, it was hard for Nurdinova to imagine.

You can imagine her surprise to find that it’s much the same in Chicago.

“Wow! It’s very rare to see a woman cab driver,” said Aaron Lopez, 47, as he settled into Nurdinova’s cab on his commute home from work, near Union Station. He said he’s used to having foreign cab drivers, but could only recall three other female drivers he’d ever had.

While Lopez expressed his preference for female cab drivers, he also commented on safety concerns that Nurdinova often hears from her customers. They advise her on which neighborhoods to avoid so that she doesn’t run into any issues.

For the most part, however, she sticks to a high-profile route, driving people to and from work, the airport and the bars downtown. Initially, it was public intoxication that gave her pause.

“At first it was difficult because I don’t like talking to the drunk people,” she said. Explaining the source of her discomfort, she added, “We have lots of problems with alcoholism in Kyrgyzstan.”

After countless sessions of relationship advice from inebriated passengers, she’s learned to approach this shift with a sense of levity.

It’s more difficult, she says, to be so light-hearted about her own relationship situation. Some cultural taboos hold on tight. She started dating an Uzbek man she met during a summer in Florida and his parents don’t approve of her because she’s Kyrgyz.

“I am afraid because I think maybe his parents will not accept me and they will not respect me,” she said. 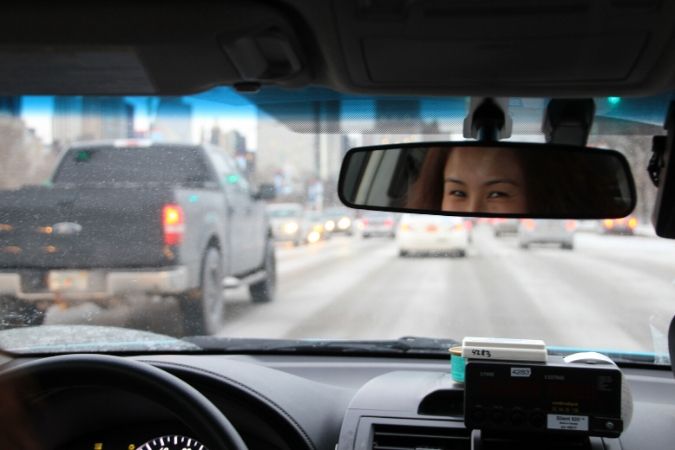 She’s observed that some of her girlfriends are moving in with their boyfriends. Those kind of motions that doesn’t happen all that often in Kyrgyzstan. But she’s intent on going the more traditional route: getting engaged with a pair of earrings after six to 12 months of dating. Any longer, she says, and her honor will be put into question.

In assimilating to life in the U.S., she’s had to set her own boundaries. At the same time, she’s taking advantage of the newfound liberty she has to assert herself. She’s opened a bank account, applied to college, and learned the value of good customer service.

“In Kyrgyzstan, as a student, I didn’t even know what a bank account was,” she said.

Being a cab driver wasn’t her original intent in moving to the U.S. However, it signified how far she’d come.

Now Nurdinova makes enough money as a cab driver to not only support herself, but also to save up and send money home to help support her parents and brothers. She works six days a week and sets her own hours, making $150-$200 a day on average and up to $300 on a busy day. The money she makes on daily basis is higher than a minimum wage jobs.

Earning tips, made her a bit uneasy at first because tipping is not common practice in Kyrgyzstan.  But she stopped feeling guilty once she realized it was a feedback system.

“It helps to find out how [well] you are serving the people,” she said.

She adopted a few other key customer service traits as well. When Nurdinova went back to Kyrgyzstan to visit friends and family this past summer, she was told she was smiling and thanking people more often.