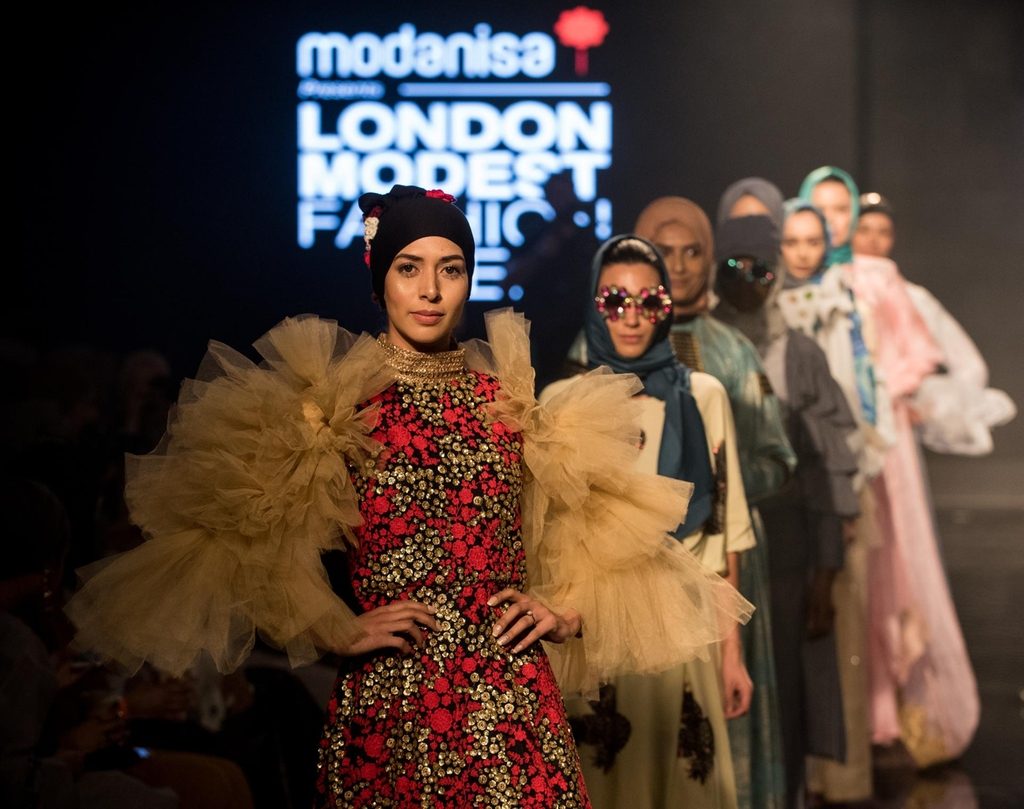 Istanbul is set to play host to one of the most anticipated modest fashion events of the year, with a special fashion collection by trailblazing model Halima Aden among the highlights.

“For Muslims, modest fashion means they can do this without compromising on their core values.”

As Modanisa Brand Manager Havva Kahraman explained to Goltune News, the event made its Turkey debut in 2016 before traveling roadshow-style around the world.

“Modest fashion was growing really quickly but we felt it wasn’t getting the global media attention it deserved. Also, there wasn’t an international platform to showcase new collections. The first event brought together so many amazing people from around the world and created a real buzz,” she said.

According to Kahraman, modest fashion was not dissimilar to its mainstream counterparts in allowing people to express themselves and “wear what they want with confidence”.

“For Muslims, modest fashion means they can do this without compromising on their core values. There’s a positive impact on mainstream communities, which are being exposed to more visibly Muslim women and the ethos behind it because we now have an entire industry producing, selling and talking about modest fashion. At some point, the conversation moves beyond religion and focuses on our common love of fashion – and that can only be a good thing.”

Istanbul was seen as a natural home to host a modest fashion week as the city had already established itself as a major hub for the industry, said Kahraman.

“Today, modest fashion is part of the fashion mainstream … on the periphery, a novelty at best for most commentators.”

Following the event’s success, Modanisa partnered with Think Fashion to take the concept to different cities around the world. The reasons for this strategy included supporting local designers as effectively as possible.

“Most modest fashion labels are relatively small and the costs for their creative teams to travel to distant locations to present their latest collections can be prohibitive. Nor does it make commercial sense to invest in an international showcase if their primary market is a domestic one,” said Kahraman.

She added that the events have had an “amazing” effect in promoting relationships between designers, influencers and the media. Since Modest Fashion Week started traveling to other countries, its successes have been matched by the modest fashion industry’s ongoing development.

“Today, modest fashion is part of the fashion mainstream whereas in 2016 it was on the periphery, a novelty at best for most commentators. The sector’s rapid growth has made everyone sit up and take notice, from major fashion houses and retailers to investors,” said Kahraman.

Now that the event is back where it all began, organizers are hoping to deliver a modest fashion week that provides the best possible platform for designers from all over the world.

“We are really excited about the line-up at IMFW 2019 – there will be a total of 21 shows. Brands from all over the world are participating, including those from the UK, USA, UAE, Indonesia, Malaysia, and of course Turkey. Not all designers are catering exclusively for Muslim consumers; for some like Nihan Peker it will be their first time presenting modest collections,” said Kahraman.

The catwalk shows are expected to feature a wide range of modest fashion designs including couture, casualwear, wedding gowns and beachwear.

As IMFW also aims to provide a platform for thought leadership, there will be three main talks at the event. The first will explore the perceptions and reality of the sector from the lens of fashion journalists, the second will consider Turkey as a global hub in the fashion business and the final session will bring together designers, retailers, consultants, and influencers to deliver essential insights about the modest fashion business in their respective parts of the world.

“Most modest fashion labels are relatively small and the costs for their creative teams to travel to distant locations to present their latest collections can be prohibitive.”

“It’s not easy to get such incredible people together and when we do, it’s great to give them a platform to air their views on key aspects of modest fashion,” said Kahraman.

There are plans to improve future events by holding it on an annual basis as well as expanding it over more days and with larger participation.

“We are already enjoying greater interest from the mainstream fashion world. Going forward, we can expect even more mainstream buyers, media and major fashion houses to attend,” said Kahriman.