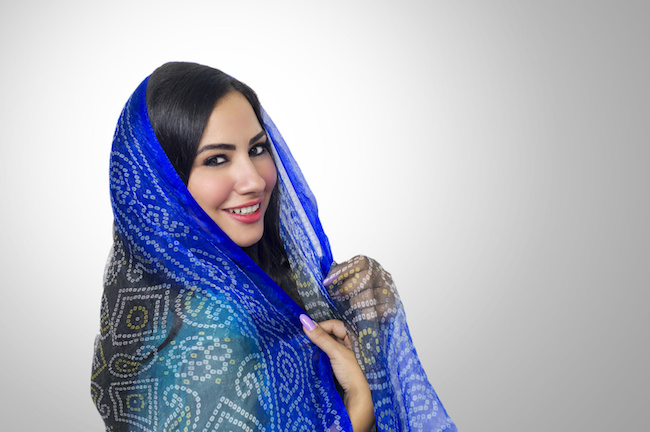 Seattle, WA – Fashionable Muslim Women (FMW) is a photography project conducted by Goltune, a digital magazine covering Muslim women fashion, lifestyle and leadership. The FMW project happens annually in different cities, since 2013, on the Eid al-Fitr, the last day of the holy month of Ramadan. This year, the FMW photo shoot will be held in Redmond on July 6th between 9:30 and 11:00 AM at 17550 NE Ct ( MAPS).

“One can see Muslim women from Lebanon, Algeria, Turkey, Iran, Iraq, Egypt and other countries in beautiful and colorful clothes,” said Dalia Moghaed, director of research at the Institute for Social Policy and Understanding (ISPU) in DC, and president of Moghaed Consulting. “To truly see those women and see they have name sand identities, I think it is very powerful.”

The goal of FMW project is to show the peaceful and beautiful side of Muslim culture by showing Muslim women fashion.

Muslims in the U.S. come from a variety of different countries and cultures. During Eid al-Fitr, one of the biggest celebration in the Muslim world, women dress in their best clothes, which usually have been brought from their homelands. A burst of color and happiness is present at the Eid al-Fitr celebration.

“Portraits make of this year’s varied group of women during the Fashionable Muslim Women will do what photos do so well,” said photojournalist and media strategist based in Chicago, Karen Kring.

“It [photography] transcends language and statistics to read viewers’s heart and souls, allowing them to make up their own minds about these women through no filters other than might be on the camera’s lenses.”

The mainstream fashion industry is moving towards including Muslim and modest fashion in its platform. International luxury and retail fashion houses such as Dolce & Gabbana, Mango, Marks and Spencer, H & M, Uniqlo and many more have launched ranges of collections aimed at Muslim women.

If the fashion market is getting friendlier toward Muslim consumers, why does the media hold back?

After the Orlando shooting, the climate against Muslim communities living in the U.S., and other Western countries Currently, more than 91 percent of the news published of the Muslim communities in the U.K. is negative, according to University of Birmingham’s Institute of Applied Social Studies research in U.K.. Though the same study in the U.S. is not available, it is fair to assume the same narrative holds true for American Muslims.

The FMW team thinks it is unjust to view law-abiding citizens who are contributing to the U.S. economy as “terrorist,” “extremist,” and “oppressed.” In fact, the world “Muslim” in the U.S. carries with it a dragonfly connotation.

With the FMW project, Goltune illustrates the rich cultures and Islamic tracition that characterizes the vast majority of the Muslim world.

Since the U.S. is home to many different Islamic traditions, FMW wants to show its diversity through fashion and style.

“It is one thing to talk about the beauty, sophistication, and diversity of Muslim women in general, but showing them is better than telling,” said Kring.