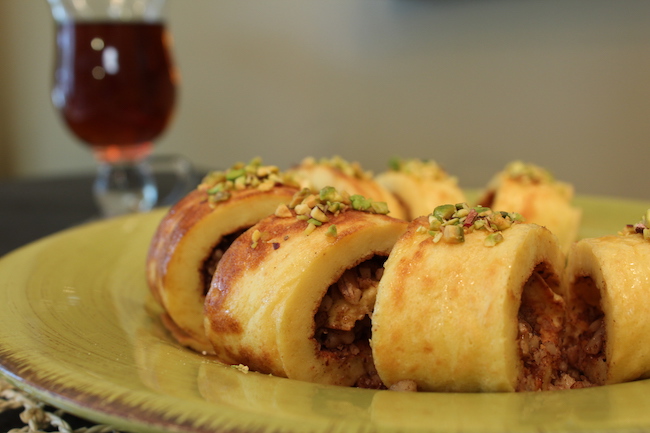 Trying to impress your significant other or a friend with a twist on a familiar brunch? Take heart and treat them to these fragrant egg nut rolls. Khageeneh (egg nut roll) is an old dish that used to be regarded as the ultimate soul food made by grandmothers. However, it is making a comeback and gaining more appeal with its vast variety among younger generation who are enthusiastic about rediscovering the flavors and palate of the Persian cuisine.

The closest relative to Khageeneh in Western cuisine is Crêpe. However, the thickness resembles pancakes with the difference that Khageeneh is traditionally stuffed with nuts and spices. It can be rolled or stuffed and stacked at top of one another. 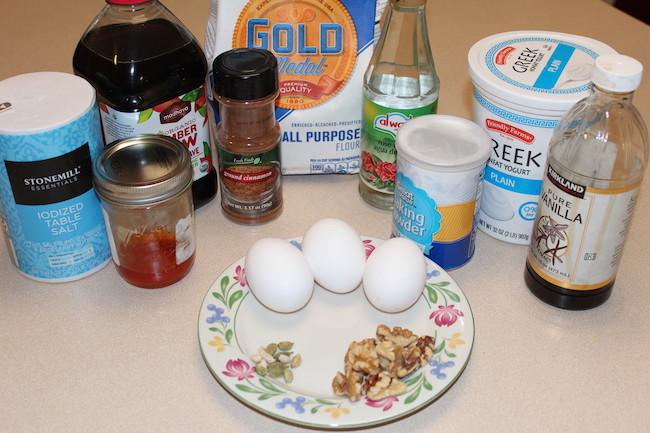 A pinch of salt

The recipe originally calls for homemade syrup made with regular sugar. I have replaced it with a natural sweetener, Agave nectar that has low glycemic index compared to white sugar.

1- If not using agave nectar, it is better to make the syrup first and let it cool. When poured hot, it will make the crepe-like texture of Khageeneh soggy and unpleasant both in looks and taste. To make the syrup, mix sugar and water in a pot over high heat and stir until the sugar is dissolved completely. After few boils, turn off the heat. Add rosewater, then saffron. Mix well and let it cool in fridge. 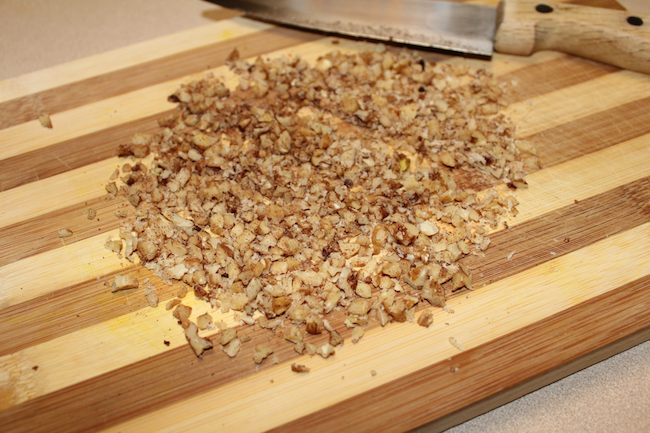 3- In a mixing bowl, beat eggs with a fork until fluffy. Then add vanilla extract and yogurt. Continue whisking until it forms a creamy base. Though optional, the use of saffron adds more color and aroma to the roll.

4- Add the flour mixture to the wet ingredients and mix well. The batter should have a lighter texture than pancake’s but not too runny.

5- Brush a large non-stick skillet with canola oil and heat over medium heat. Pour the batter at once making sure it is spread out evenly in the skillet. Cover the skillet with lid and lower heat to medium-low. Allow it to cook for 4-5 minutes. 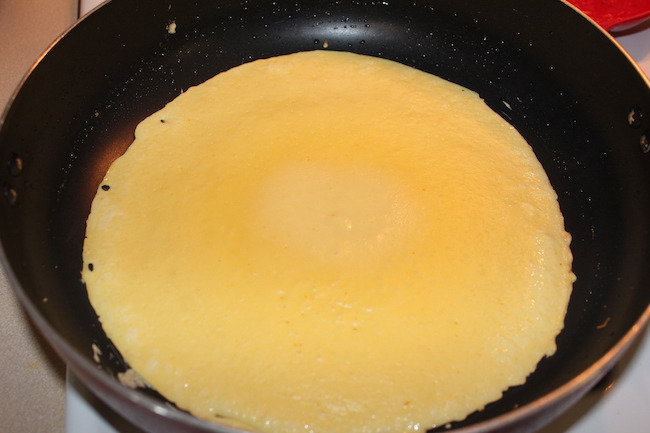 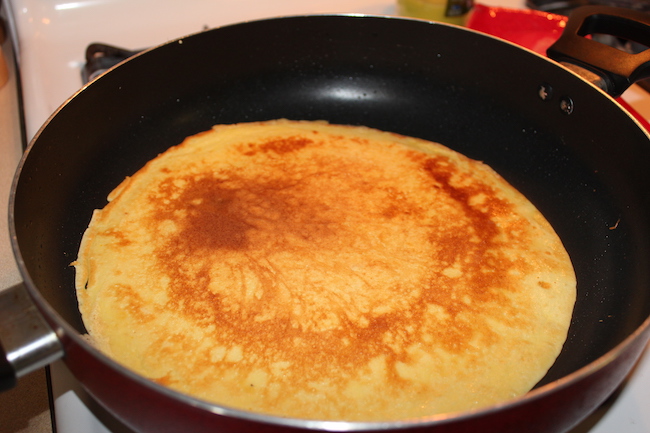 7- Transfer the hot Khageeneh to a plate with care. If you prefer a richer taste (which I do), pour a small amount of the cooled syrup (here, I used my agave nectar rosewater syrup) on top of it. Then gently press the nut mixture onto it. Start rolling the Khageeneh and press gently along the way to prevent its unrolling. Transfer the egg-nut roll to a serving dish. Proceed to cut the roll into 2 inch-wide slices. Pour the rest of the syrup on top. Garnish with crushed pistachios or almond slivers if nutty flavor is desired. 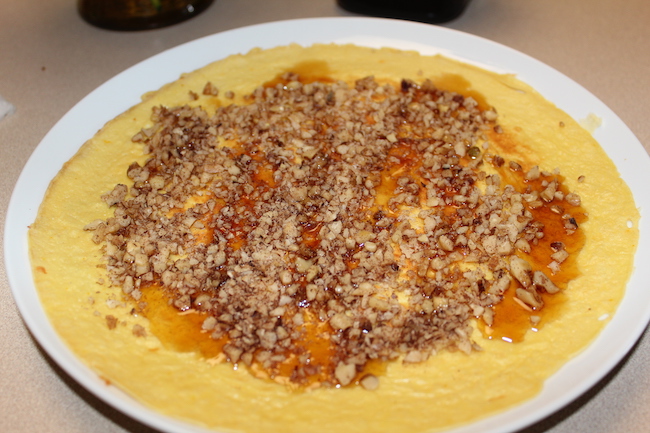 Served hot, the heavenly aromatic egg-nut rolls are a great choice for a filling protein-packed breakfast or they can be enjoyed as complimentary sweet snack by a hot cup of tea. Noosh-e jān! 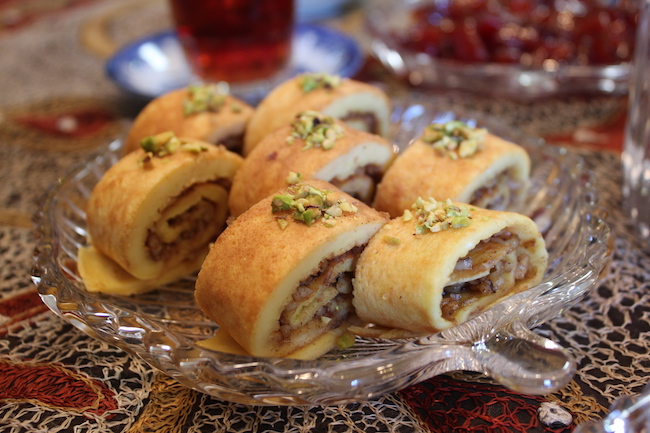