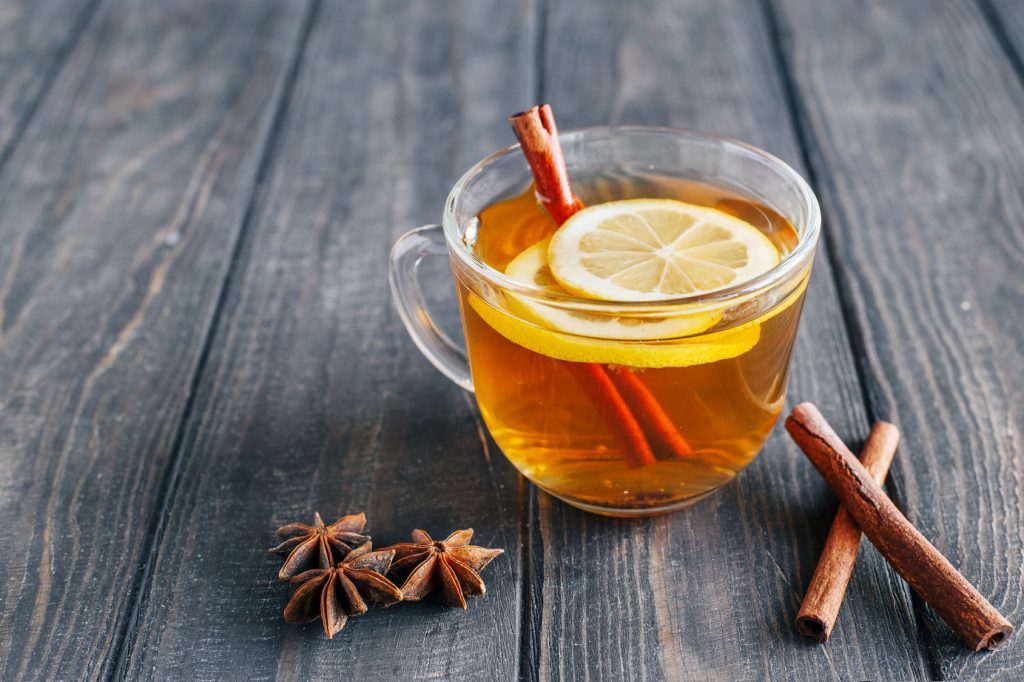 Cinnamon is the magic spice of the Middle East kitchen. When you add cinnamon in any food, it takes over the aroma of food’s deliciousness.

The health benefits of cinnamon include, but are not limited to, neurological support, removing bacteria, protection of the heart, managing diabetes, dental benefits and more. It would thus make sense that Arab Americans would incorporate this spice as an ingredient in many popular recipes.

The Mediterranean diet is currently a popular trend in American society, so this topic is of particular relevance now. Following is a review of many of the health benefits of cinnamon as well as a variety of popular recipes throughout the Middle East which incorporate this beneficial spice!

Cinnamon is well known for being an antioxidant but consumers may or may not understand the benefits of antioxidants, let alone what Polyphenols are extracted from either the seed of the grape or the oil from the bark of the cinnamon stick. If you aren’t familiar with polyphenols, not to worry, you aren’t the only one. In fact, cinnamon is one overlooked spice and it’s very unfortunate due to its potent health benefits which we shall now examine.

Let’s start with the known benefit of its antioxidant level, which is recognized as the top  medicinal spice which assists our bodies, especially as a anti-diabetic. According to The National Library of Medicine, polyphenols undergo phase I and II biotransformation (sulfation, glucuronidation, methylation and glycine-conjugation) as enterocytes in the liver which increase hydrophilicity favoring urinary secretion.

Polyphenol metabolites derived from liver metabolism interact with adipose tissue, pancreas, muscle and liver, and may exert anti-diabetic effects. This could be a great home remedy to help manage Type II diabetes, while controlling glucose levels while stimulating the metabolism and intestinal tract by assisting in removing toxins and bacteria.

There are two options for receiving Polyphenols, grape seeds or cinnamon bark oil.

Cinnamon is one powerful plant that can be a significant means of prevention of Parkinson’s and Alzheimer’s disorders.

Health professionals encourage utilization of this antioxidant in its strongest potency to perform its highest level of benefits to our Health.  According to the US National Library of Medicine, Cinnamon (Cinnamomum verum) has been widely used in spices, flavoring agents, and preservatives. Cinnamon polyphenol extract (CPE) may be important in the alleviation of chronic diseases, but the molecular evidence is not substantial.

Furthermore, studies of this agent provide clinical evidence that is observable which document positive changes encouraged by incorporating cinnamon into one’s food. Cinnamon improves glucose and lipid profiles of people with type 2 diabetes.

The topic of anti-inflammatory agents naturally directs one’s mind to think about arthritis. Cinnamon does contribute in many ways to arthritis, however the main objective is to relieve pain within muscle joints. The extreme cases of inflammation that causes stiffness and discomfort are common in American society. Taking advantage of the anti-inflammatory benefits that’s is released in our bodies after consuming cinnamon is thus very desirable in this society..

How does Cinnamon work?

When soaking a stick of cinnamon in water for a tea, the oil from the stick releases its nutrients of several compounds that encourage the activation of B-cells that help balance inflammation. Bulletproof, a health-related publication, comments on the top seven anti-inflammatory herbs, “Other than muscle stiffness, many other chronic diseases are encouraged by inflammation, on a cellular level or in one or more (or all) body systems. Reducing inflammation to ideal levels is key to achieving optimal functioning, enhanced immunity, vibrant energy, mental clarity, and all the other things that give you the kind of energy you want to have all day”.

Antimicrobial and Anti-fungal properties stem from the oil which is within the bark of the cinnamon stick, and extracted into powder form. Studies shown that cinnamon is effective in fighting yeast infections, ulcers and even allergies.

With the additional benefit of Polyphenols that we just learned are responsible for removing toxins, cinnamon assists in removing bacteria, which confirms the effectiveness of its relieving the body of harmful properties that have trouble exiting our bodies.

In general terms, cinnamon has beneficial properties that influence the removal of toxic waste from our bodies. Regulating the bacteria in our bodies is very important as well as preventing yeast infections and ulcers, but there are more important benefits, such as, managing blood sugar levels, digestion, immunity, cancer and neurological diseases.

Cinnamon is one powerful plant and can be a significant means of prevention of the neurological diseases of Parkinson’s and Alzheimer’s disorders. As previously mentioned, cinnamon serves as an antioxidant which assists in anti-inflammatory reduction. This ultimately assists in increasing blood flow which helps the heart and preview cardiovascular diseases. Lowering lipids, which basically helps oxidize our bodies, helps the brain and nerves which help prevent Parkinson’s and Alzheimer’s.

Ways to use Cinnamon:

Put a whole stick while your tea is warming up. You’ll notice that the water will turn into a reddish brown. Mix in a tea bag of your choice and enjoy drinking a powerhouse of health benefits.

Toss a cinnamon stick in the broth of any soup especially chicken noodle soup!

Making any type of dough can be even more delicious by adding cinnamon, especially pancakes! Sprinkle powdered cinnamon on top of anything for a boost of flavor and health benefits.

One Mediterranean desert to think about when you get serious about using cinnamon in your recipe is Meghli.

Meghli is a traditional Lebanese dessert that is served to celebrate the birth of a baby. It is a delicious rice pudding spiced with anise, cinnamon and caraway and garnished with shredded coconut and nuts.