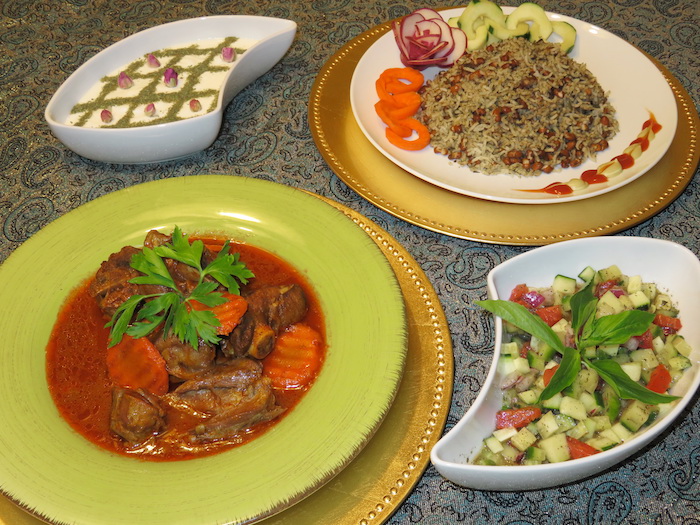 Lamb is a favored meat in the Mediterranean diet. It has a more tender texture compared to other red meats and offers a good source of high quality protein. One of the most popular lamb cuts is the lamb shank that more than often is prepared in braised form. There are various techniques in preparing a tasty braised lamb shank; you can choose a pressure cooker over a slow-cooker to speed up the cooking time. Or simply cook the lamb shanks to perfection over the stove top. The idea is to allow the shanks to cook slowly in enough liquid so it can gradually release its gelatin and the nutrients encompassed in the bone marrow. The cooking time depends on the cut (whether cooking a whole shank or cut up ones), the method (pressure cooker, slow cooker, Dutch Oven, …), and the amount of shanks. However, it usually takes about 1 ½ hour to 2 hours for the shanks to cook thoroughly. 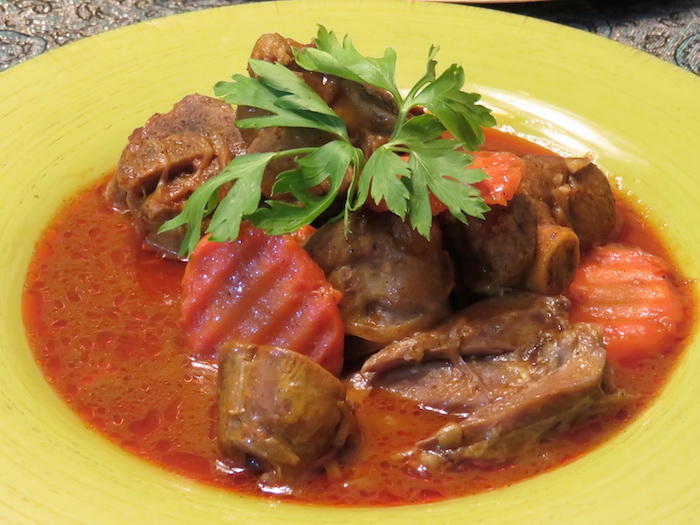 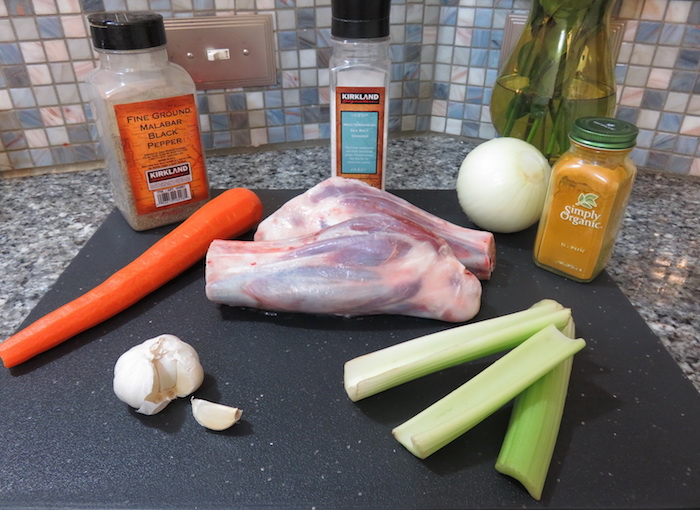 Salt and pepper to taste

1- Arrange the ingredients by placing slivered onions at the bottom of the pot followed by the lamb shanks. Then add carrots, celery and cloves of garlic. Put the lid on and turn the heat up to medium high. Allow the meat to simmer along with the vegetables for 30 minutes. Add 2 cups of hot water, turmeric powder (and cinnamon stick) to the pot and let it cook on medium heat for at least another hour. 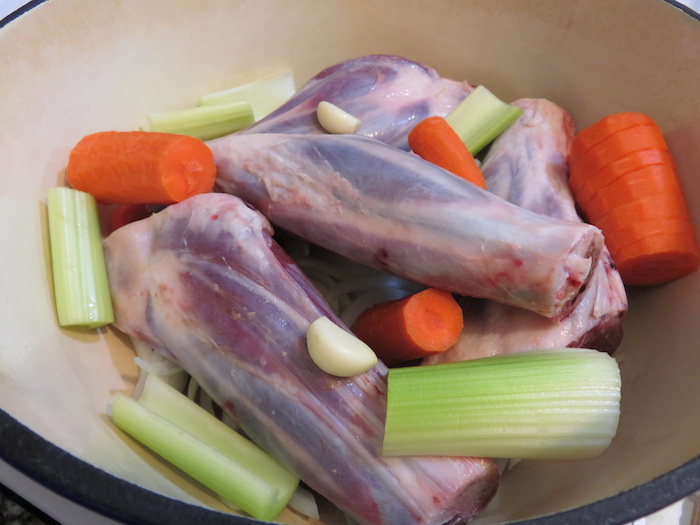 2- It is best to add seasonings especially salt about 30 minutes before turning off the heat. The salt tends to harden the meat if added in the beginning of the process and lengthens the cooking time. When the meat starts to separate from the bone, it is fully cooked. The remaining liquid is a gelatin-rich broth that contains valuable nutrients. Pass it through a straining sieve and store in an airtight container in the fridge for up to 3 days. If it is not going to be used immediately, it is better to store it in the freezer for couple of months. The broth makes up a great soup base or can be used as a thickening agent in sauces.

A drizzle of lemon juice adds a flavorful touch to the lamb shank. To make the shanks more presentable, 1 -2 tablespoons of brewed saffron can be added to a small amount of the broth and drizzled over the shanks. The lamb shank is usually served with hot flat bread that can be replaced with mashed potato to give it a more western appeal, cooked vegetables, chutney and tomato sauce. 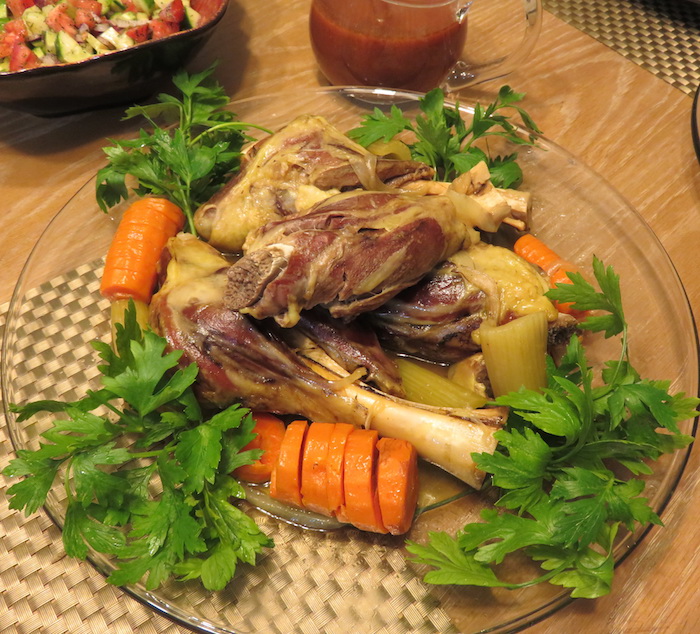 3- In another braising method, especially when the fat has been removed to most part from the shanks, it is best to briefly sauté them with onions in a small amount of oil. This helps the meat to firm up a little and keep the flavors in. When the meat has changed color, add the desired vegetables along with enough liquid for the shanks to cook in. 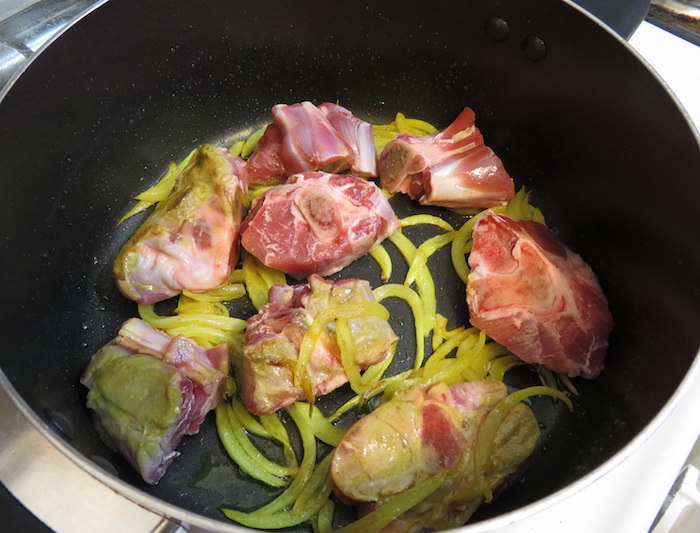 4- The cut lamb shanks cook slightly faster than the whole shanks. Add 3-4 tablespoons of tomato paste, salt and pepper, brewed saffron, and lemon juice 30 minutes prior to turning off the heat. Allow the sauce to thicken a little before removing from the heat. 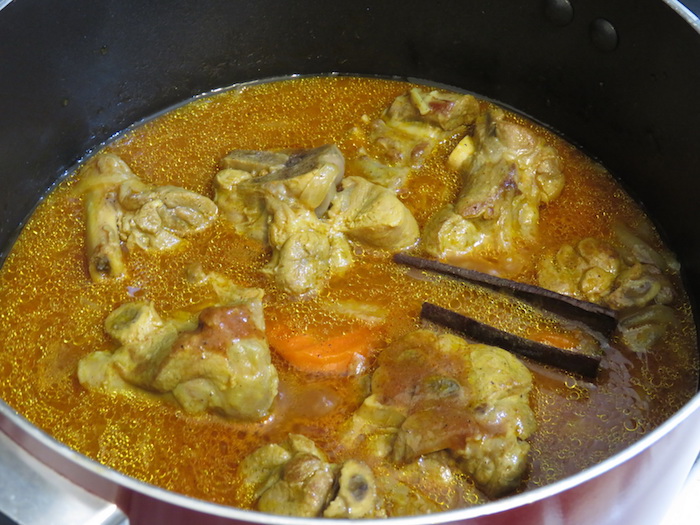 The braised lamb shank is also a delicious companion to lima dill rice as well as dill rice with cow peas. Need a suggested side? Shirazi cucumber salad. Noosh-e jān!