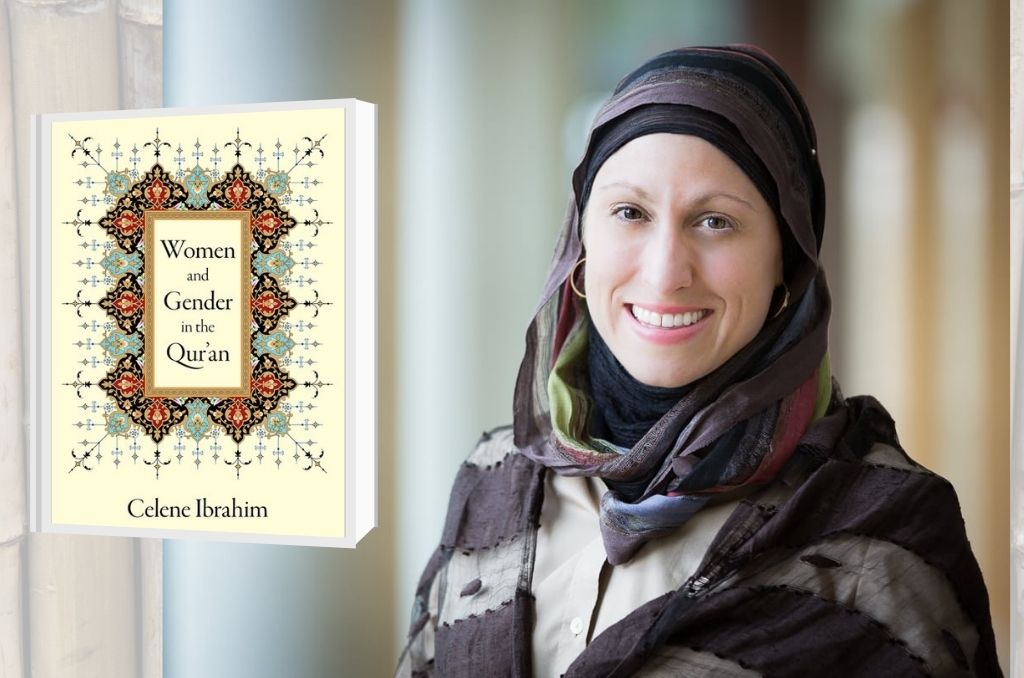 Celene Ibrahim is the author of Women and Gender in the Qur’an. In her book, Ibrahim explores the complex cast of female figures in the Qur’an, probing themes related to biological sex, female sexuality, female speech, and women in sacred history.

In a conversation, we explore

Is there sex in the Quranic paradise?

Who are these grammatically feminine but possibly non-gendered beings who inhabit heaven?

Ibrahim is the editor of One Nation, Indivisible: Seeking Liberty and Justice from the Pulpit to the Streets. She is a faculty member in the Department of Religious Studies and Philosophy at Groton School and a frequent instructor at the Boston Islamic Seminary.

Stories about gendered social relations permeate the Qur’an, and nearly three hundred verses involve specific women or girls. The Qur’an features these figures in accounts of human origins, in stories of the founding and destruction of nations, in narratives of conquest, in episodes of romantic attraction, and in incidents of family devotion and strife.

Overall, stories involving women and girls weave together theology and ethics to reinforce central Qur’anic ideas regarding submission to God and moral accountability.

Ibrahim considers major and minor figures referenced in the Qur’an, including those who appear in narratives of sacred history, in parables, in descriptions of the eternal abode, and in verses that allude to events contemporaneous with the advent of the Qur’an in Arabia.

Ibrahim finds that the Qur’an regularly celebrates the aptitudes of women in the realms of spirituality and piety, in political maneuvering, and in safeguarding their own wellbeing; yet, women figures also occasionally falter and use their agency toward nefarious ends.

Women in the Qur’an: Appreciating Female Faith, Wisdom, and Knowledge

From cosmic to mundane affairs, the Qur’an is a scripture (kitāb) containing a “clarification of all things, and a guidance and a mercy and glad tidings for those who submit” (Qur’an 16:89).

The Qur’an is held to be God’s speech transmitted to humankind through an angelic and prophetic channel—it is “the most beautiful discourse” (aḥsan al-ḥadīth) whereat quivers the skin of those who fear their Lord” (Qur’an 39:23).

As Muslims, many of us seek to experience the Qur’an as speech “from the Lord of the worlds” (Qur’an 10:47) in order to gain guidance and other spiritual, emotional, psychological, and intellectual benefits: the Qur’an is replete with sacred possibility.1

Much of Muslim writing on women in the Qur’an expounds upon the rules and regulations for women from the Qur’anic worldview. This helps us address questions like: How many wives can my husband have? How should I dress and behave? How long should my baby be nursed? Who is fiscally responsible for my child?

However, if we limit the Qur’an to a book that divvies out responsibilities according to gendered social norms—and stop there with regard to thinking about the Qur’an’s guidance, we miss opportunities for other kinds of insights about women.

Further insights become accessible through contemplation of the subtleties of the Qur’anic āyāt and their implications, a modality of engaging the Qur’an commonly known as tadabbur (e.g., Qur’an 4:82, 23:68, 38:29, 47:24).

One avenue for deeper engagement with the theme of womanhood, for instance, is to consider personalities in Qur’anic stories. For several years, I have spent much time studying and contemplating the more than three hundred verses that mention a specific female figure or a group of women.

“How does God speak about women, and how does God speak to women?” I asked with sincerity. I found that women figures appear in narratives of conquest, filial devotion, romantic attraction, and more; there is no single standard, no archetypal female figure.

Considered as a cohort, Qur’anic women are pious and impious, insightful and ignorant, commanding and timid, old and young, famous and obscure, married and single, ruling and ruled over, fertile and childless, and so forth: there is no archetypal woman.

In places, God praises particular women figures, and in other places, God rebukes others for their comportment.

Though no woman figure in the Qur’an is explicitly named as a prophet or messenger, the Qur’an depicts women’s characters, wit, and spiritual excellence. In numerous instances the needs and desires of women or girls are heard by God in Qur’anic stories.

Women converse with God’s angelic messengers, women pray to God frequently, and one woman, in particular, is the conduit for bringing God’s “Word” into the world.

In one verse, Maryam (upon her peace) poignantly articulates the pains of her labor: “Would that I had died before this and were a thing forgotten, utterly forgotten!” (Qur’an 19:23) This verse poignantly expresses the discomfort and pain women often experience during childbirth, but it also captures her embodied struggle to bear a “Word” (kalimah) from God (Qur’an 3:45). In probing stories of the trials and triumphs of female figures in this way, we can note many correspondences between female and male figures.

Raw Footage of the interview with Celene Ibrahim