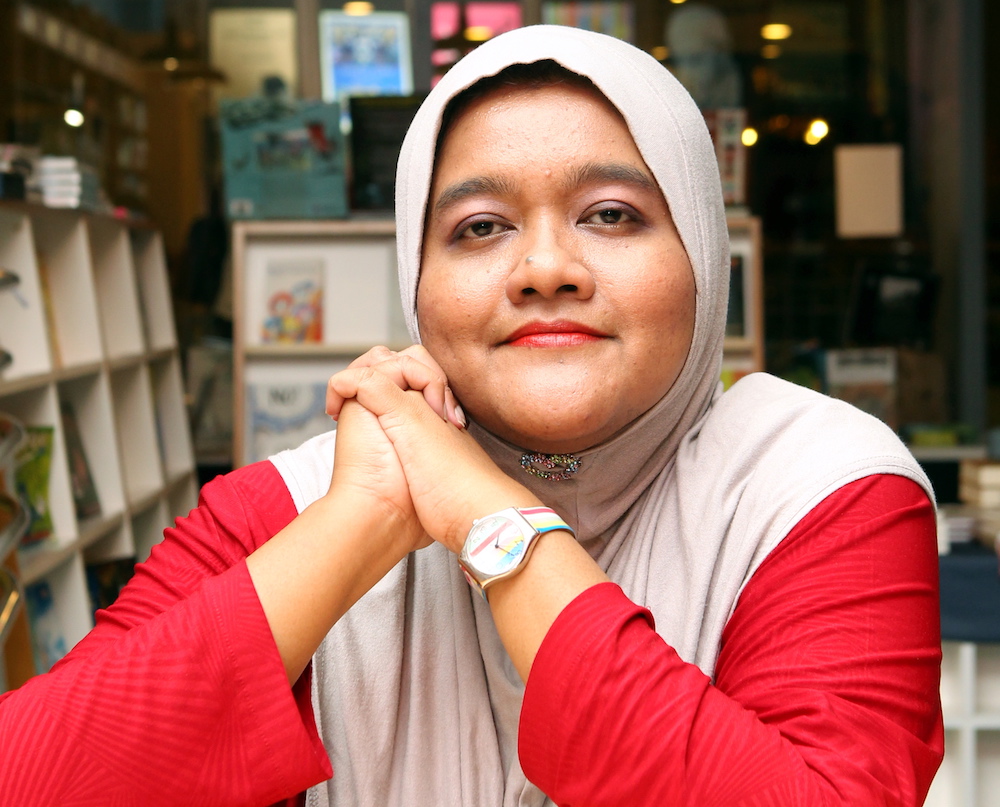 For globetrotter Rumaizah Abu Bakar, writing is as much a journey as stepping foot onto a plane. In her quiet, intensely observant way Bakar communes with a diverse assortment people in very different corners of the Eastern world.

Rumaizah hailed from Kedah, a Northern state in Malaysia. She wrote short stories and poems as a teenager while at the MARA Junior Science College in Penang. She has sixteen years of public relations experience in hospitality, banking, government agency, consultancy and environmental conservation. She contributes literary articles and book reviews regularly to a leading English newspaper in Malaysia.

Her third book, A Call to Travel: Muslim Odysseus – Journeys of a Muslim Woman through Turkey, Saudi Arabia and Indonesia; was released in January 2015. All of her books were published by Silverfish Books.

She notes differences between cultures, but more importantly the vast similarities. Finally she returns with these findings as priceless fiction and nonfiction souvenirs, so that we may be privy to her far-flung adventures.

Goltune: So how did you become interested in travel writing?

RAB: As much as I love travel, I discovered travel writing by accident. I was publishing short fictions and thought that some events during my travels would actually make good stories; but I did not think of those as travel stories/travelogues. When I included [these] in my manuscript for my second book, The Female Cell, my publisher suggested focusing on travel writing, commenting that I have the gift for it. I then started working on my third book, recollecting and relaying my most memorable journeys, and they all came together in a harmonious theme in the end. It took a bit of time, but I was glad to find my own unique voice, and narrate my journeys from a Malaysian Muslim womans point of view.

RAB: I am inspired by a poem written by Imam Shafie, one of the four great imams in Islamic history, A Call to Travel, which is also the title of my book.   My Muslim odysseys had showed me the vast diversity in the Muslim world, from the liberal (Turkey) to the conservative (Saudi Arabia) to the diverse (Indonesia).

The advantage of travel writing is it is a delicate and impartial vehicle for me to convey various teachings of my religion and raise awareness of Islam and Muslims.

Practices may vary slightly in different countries, but the essence is the same. We need to embrace our similarities rather than bicker about the differences.

Goltune: Who is this book written for?

RAB: I dedicated this book to my parents and my family members who have been struck by [me in my] wanderlust. The interest and desire to travel run in my family and extended family. I didn’t have any specific group of readers in mind when I wrote it, but I hope my stories reach out to a universal audience in Malaysia and abroad, as well as across a wide range of ethnicities and beliefs.

Goltune: What were a couple of the most striking moments or places you encountered in Turkey, Saudi Arabia, and Indonesia?

RAB: The first was the elegant marble foyer of Al Nabawi Mosque in the holy city of Madinah, Saudi Arabia. As described in my Umrah travel story: We walk between two rows of giant inverted parasols standing tall on gilded marble bases, their white canopies spreading like the wings of angels. Gold and blue peacock-tail designs reach out from the centre of each canopy, branching out like quills and pinions.It was significant, being within the vicinity of the historic site of Bani Saidah which witnessed the incidence in 632 CE after the death of Prophet Muhammad (pbuh). Muslims gathered there and debated on succession, each arguing for someone from his own tribe before finally agreeing on Abu Bakar.

The second was the sight of Javanese Edelweiss during my visit to the mesmerising Dieng Plateau in Central Java, Indonesia. Miniature hand bouquets displayed at the wet market caught my attention and they look striking amid rattan baskets and mengkuang trays of round chillies, local fruits and potatoes. Some bouquets are all beige while others also contain small pink or green flowers. A bark is rolled around their stalks to hold the bunch, and as a solid base for upright display. They have a distinct pungent fragrance. The seller told me that they signify a symbol of eternal love; once plucked from the hills, they remain beautiful forever and will not wither.

Goltune: Carl Hoffman, author of Savage Harvest, complimented your book saying it is quiet and understated. Would you say this is your style of travel?

RAB: I am fascinated with less travelled places, small towns and villages. I prefer to explore in depth, rather than combine several countries or big cities in one whirlwind, scrap-the-surface trip. A great fan of solo travel, I like being free to explore at my own liberty and pace. Being on my own tests my faith and what I am really made of. When you are alone on a foreign land, your senses are more alert. You notice things that you dont if you are with a friend. There are also endless opportunities to interact with locals.I would usually learn as much as I could about a place before I go but I dont over-plan. I leave some room to be spontaneous and enjoy things as they come. It helps to cast prejudice aside and keep an open mind. Interestingly, people are generally nice, and I could trust them. I have found myself to be in the goodwill of strangers. While its good to be fearless, one should also be cautious and be very prepared.

Goltune: What does your next project entail?

RAB: I have a few projects in mind, mainly another chapter of A Call to Travel covering another three countries and hopefully, another short story collection or a novel.

Goltune: Can you tell us an interesting or little-known fact about yourself?

RAB: Many people think I am a full time writer and travel freely. I actually have a demanding day job in public relations (At the moment, I am the Head of Communications for an international environmental conservation NGO). I only write during my free time and I have to utilise my annual leave to travel for research and vacation (self-financed).