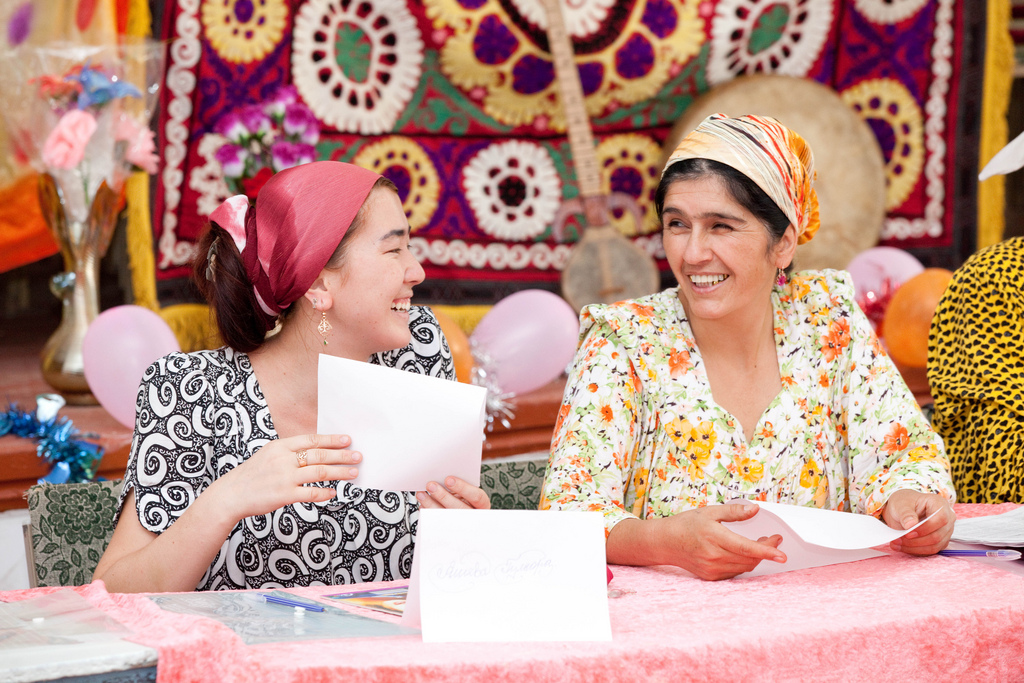 Tajik women should tie their headscarves in the back, traditional style. The front tie for headscarves are from alien cultural practices.

DUSHANBE — Private mobile-phone companies in Tajikistan have begun sending out text messages to millions of citizens, reminding them to obey a new law that makes Tajik national clothing obligatory at “traditional” gatherings such as weddings and commemorative ceremonies for the dead.

The legislation is widely seen as an attempt to prevent Tajik women from wearing the Islamic hijab and to discourage men from wearing Islamic clothing — part of an ongoing government campaign to combat radicalism.

The text messages were being sent to some 6 million mobile-phone users on September 6, a day after the state Women’s and Family Affairs Committee sent a letter instructing a half dozen private mobile operators in Tajikistan to do so.

A third message from the state committee that was being transmitted on September 6 said: “Let’s make it a tradition to wear traditional clothes.”

Although the new law does not specifically mention the hijab, authorities in the past have said that head scarves that cover the front of a woman’s neck are a form of “alien culture and traditions.”

In early August, more than 8,000 hijab-wearing women were stopped in public places across Dushanbe by teams of state officials who instructed them about how to wear head scarves in the style of “traditional national clothing” — that is, by tying the scarf with a knot behind the head in a way that leaves the front of the neck exposed.

Tajikistan’s government argues that its strict controls on religion are necessary to prevent the growth of what it calls Islamic “extremist” organizations and terrorist groups.