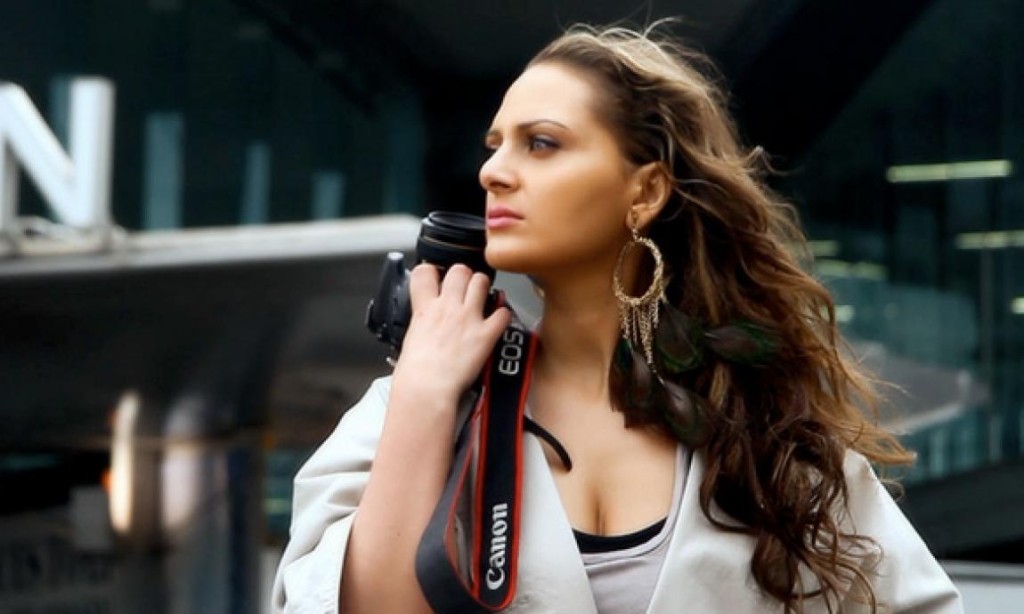 Sara Shamsavari is a British-Iranian visual artist, photographer, singer, songwriter and activist based in London. Her Veil series of portraits depict diverse Muslim women who wear the hijab with style and pride.

Was Going to Paris to shoot a photographic project entitled ‘Paris Veil,’ an extension of ‘London Veil’ series. My work explores identity and looks at current social and cultural concerns. Although each project is different they all seek to encourage the ideals of non-judgment, equality and collective responsibility. My exhibit London Veil illustrates and is inspired by the influence of our perceived restrictions and challenges and how they encourage originality and adaptation. The project is neither as a critic nor an advocate of the hijab, but exists rather to recognize and celebrate its participants as strong, vital individuals who manage to shine, despite the struggles of youth, womanhood and prejudice they may receive as a result of the visibility of their faith.

LISTENING
Tom Donald Trio, Moody Blues, Donny Hathaway, Marquis Toliver and Sarah Vaughn. I listen to music that either transports me to another place, teaches me about love and my existence or both. Audiobooks: Stephen Covey’s 7 Habits of Highly Effective People, I read nonfiction, usually something I can reflect on and put in to practice fairly quickly.

WATCHING
ArtHassan Hajjaj (www.taymourgrahne.com/artists/hassan-hajjaj) — Morocco’s answer to Andy Warhol. I recently saw his Kesh Angels exhibition in New York and reconnected with him in London at his book signing. FashionHussein Chalayan, the most intellectually deep fashion designer out there. Architecture and NatureGaudi’ s La Pedrera and Yves Saint Laurents Jardin du Majorelle are two places I feel a deep connection to.

PHOTOGRAPHING
A subject that I continually love to photograph is the uncelebrated beauty that exists in everyday people I encounter on the streets on the underground, and in my travels. I am interested in identity and rebellion, often subtle rebellion that is not even initially understood as such. I am currently making portraits of hijabistas for my NYC and Paris Veil series after the incredible response following the debut of my series London Veil at The Royal Festival Hall. I am also photographing super stylish dandies for curator Shantrelle P. Lewis‘ exciting and thought-provoking ‘The DandyLion Project’ . The Dandy Lion Project is a forthcoming photographic exhibition and publication exploring the embodiment of style, sophistication and a commitment to culture via dramatized black masculinity. Both projects resonate with my desire as an artist to challenge perpetuated stereotypes.

WORKING
I am working on writing and composing music and painting for forthcoming projects.