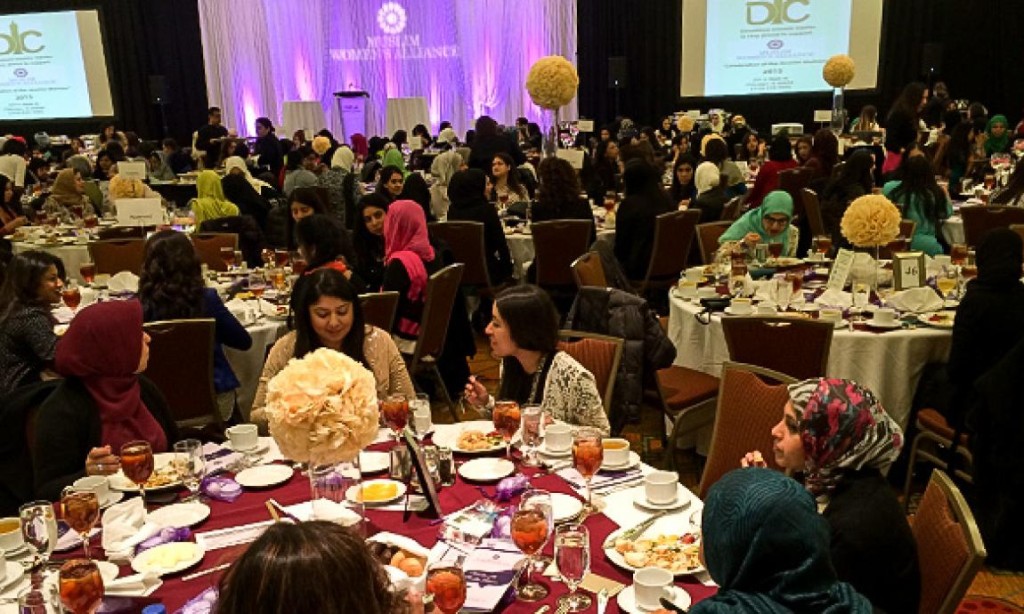 More than 91 percent of news coverage about Muslims in the British media is negative, according to recent research conducted by Chris Allen, lecturer for the Institute of Applied Social Studies at the University of Birmingham in the UK.

The research shows the consequences of such negative media coverage against Muslims increases feelings of insecurity, suspicions and anxiety amongst Muslims and non-Muslims, as well as unlikelihood of helping to diminish levels of hate crime and acts of unlawful discrimination by non-Muslims against Muslims.

I am afraid we havent studied the U.S. coverage of Muslim communities, however, I bet we may see the same high number, if not higher, for the US media. The question remains:

What Should We Do?

Were bold, were dynamic, were educated, were professional, were not limited, said Noor Raheemullah Hasan, executive director for MWA. As women, we are in the media; they are showing pictures of us. To be doing this event, we say we are not any of those negative adjectives, she said.

During the five-hour session, MWA awarded three Muslim women activists for their work in education and social justice initiatives.

As Muslim women; we need to put ourselves out in the community, not feeling that somebody is going to think of us ill because of this (referring to her head scarf), Hasan said. Honestly, our neighbors are more welcoming that we imagine.

In the West; we are so obsessed with the look and appearance of Muslim women.

Thanks to medias interpretations, we, in the West, have a fixed image of Muslim women in our minds. Those images usually show a woman in a dark long dress, depressed, and being dominated by men.

Many Westerners do not realize that there are a vast variety of Muslim women around the globe from areas such as the Middle East, South Asia, East Asia, Northern Africa, the Balkans, North Africa, Latin America, and the southern parts of the former USSR, just as there are Christians and Jewish women in various countries throughout the world.

As for the United States, we have collected a large number of Muslims from different countries, all with different backgrounds and cultures. Some of these Muslims have been born and raised here. Therefore, they see themselves as Americans who want to celebrate their families traditions as their own.

I am here. I am at the land of the free. I need not to feel I am limited and [fortunately] I do not have those feelings at all, said Hasan.

The subtext of Muslim womens appearance is not the only thing people in the West are curious to learn about, but it is one of the main questions they ask. I usually end up talking about different cultures in the Muslim world, or each governments treatment of its women, or womens activism in their social and political lives.

People underestimate the power of Muslim women, our intelligence, our brilliance and our actions said Linda Sarsour, Ececutive Director of Arab American Association of New York. I think if we use more and more what we already have, we can make so much change in the Muslim community on national level, she said.

If we can leave the government out of the discussion, and focus on women who are doing grassroots work to improve their communities, we may have a better answer to some of those questions raised here.

We are living in a global world. Women have become important players in different arenas such as activism, education, fighting against social injustice, or honoring other women activists.

It has become more difficult to marginalized women, especially Muslims. So, it is better to stop trying.