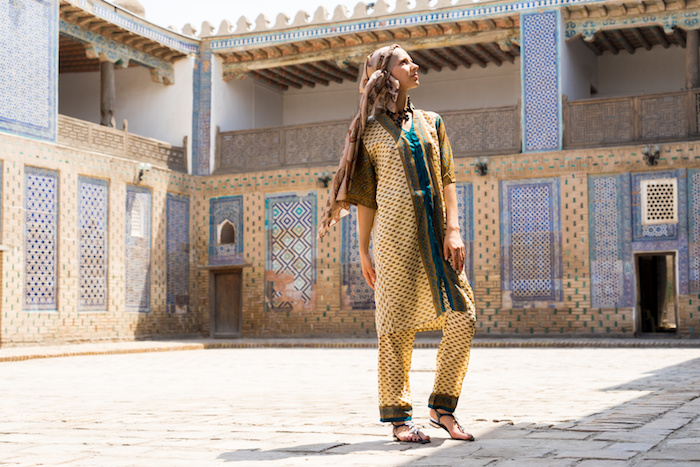 Summary: The New Yorker recently wrote a story on the modest modelling agency Underwraps, which is working to prove that elegant fashion and Islam are no incompatible.

Read an excerpt of the story below:

“Fashion shoots, like French beaches, are not typically bastions of modesty; you don’t go into modelling if you’re shy of déshabille.

“Yet on a torrid Saturday in August, while mayors in the South of France were busy enforcing a burkini ban that has since been ruled illegal, Nailah Lymus and Jaharrah Ali, both hijabis (women who cover, in the Muslim tradition), were modelling at a photo shoot in Tribeca with The New Yorker staff photographer Pari Dukovic.

“Lymus, a thirty-two-year-old designer from Brooklyn, is the owner of Underwraps, a modelling agency that she founded, three years ago, in part to dispel the received idea that glamour and Islam are incompatible. The fashion workplace felt exclusionary to her when she started out a decade ago, as a stylist and dresser.

“There were Muslim models, and even supermodels, like the Somali-born Iman, but the strictures of their religion were given no respect on the runway. Underwraps had the support of Lymus’s imam, and of her family. The name Nailah, in Arabic, suggests attainment, and, she told me, ‘my mother is proud that I live up to it.’”