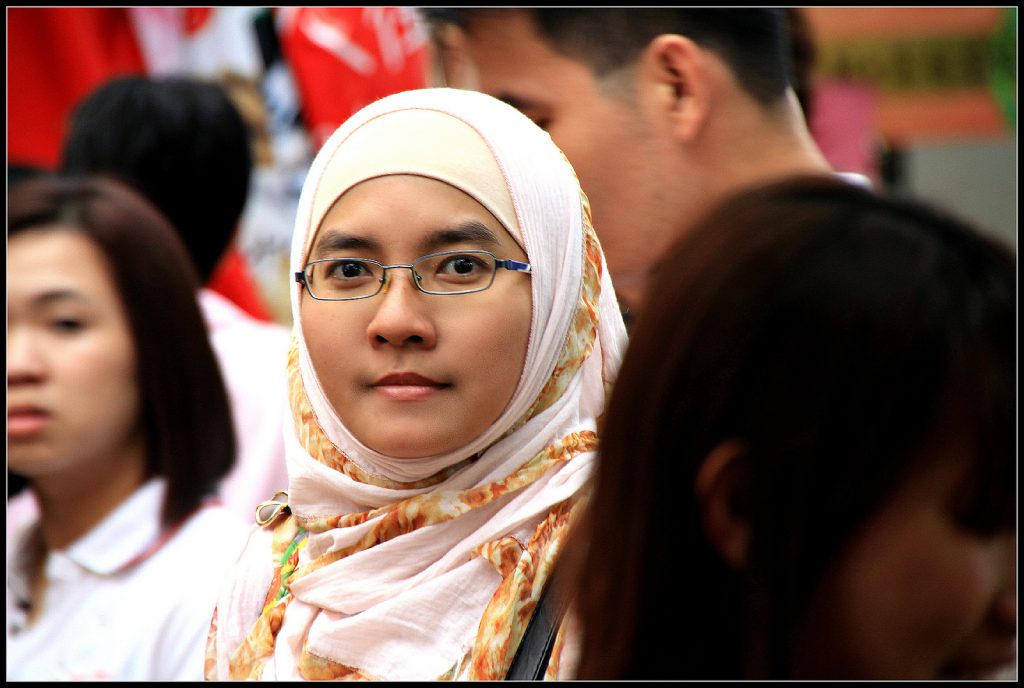 Summary: Debate reigns in Singapore, where the head scarf is banned from some sectors of government service.

As debate over the possible extension of the powers of Islamic courts rages in Malaysia, Singapore too has been, in its own way, debating the relationship between religion — particularly Islam — and the state .

No, it doesn’t seem likely the Singapore government is going to introduce hudud (the strict imposition of Islamic law) any time soon but there has long been some controversy surrounding the tudung and public service.

The ban applies to the police, members of the Armed Forces and nurses. The reasoning seems to be that the head scarf might interfere with their duties but also that it might be a barrier to racial integration, an officer wearing a tudung might be seen as partial to a particular community for example.