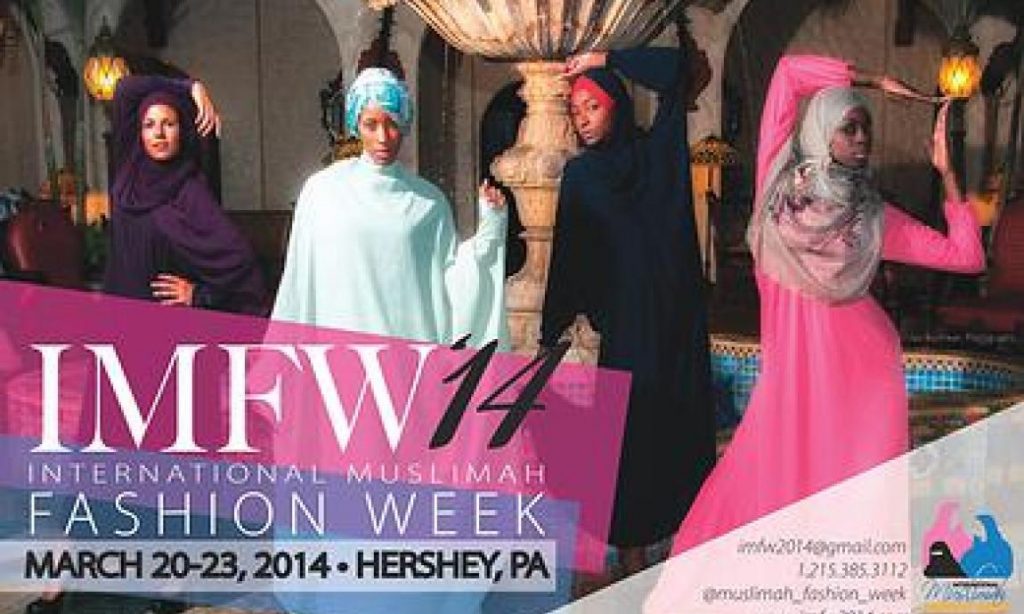 Hundreds of fashion designers, fashion business owners, and celebrity bloggers from 11 Muslim-majority countries gathered to attend the International Muslimah Fashion Week (IMFW) in Hershey, PA, on March 22nd only to learn that the show was canceled few hours before they arrived.

The original plan for the weekend was to exchange ideas, showcase works, and find new markets for different kinds of businesses in fashion industry at the sweetest place on the earth, Hershey city.

It was very sad and disheartening to learn that the show was canceled at the last minute, said Anita Hasan, fashion designer for House of Hasan Fashion. We were looking forward to finding new sisterhood and new ideas.

Hasan wasnt the only one taken off guard. The cancellation took an entire fashion community by surprise.

What Went Wrong at Hershey Lodge?

Shea Bates, organizer for the IMFW, had a big dream. Within the last few months, Bates had been working with different groups of people to organize a big event at Hershey Lodge, in Hershey, PA. For the show, she oversaw five different events including a childrens showcase, Ready to Wear Fashion Show, a Couture High End Fashion Show, an Avant-garde Fashion Show, and a Black and White Ball event.

To organize such events, Bates undertook financial obligations that she could never fulfil.  According to the contract between Bates and the hotel management, she agreed to sell more than 300 tickets or deposit $100,000 into the Hershey Entertainment and Resort Company before she could receive a final green light to run those fashion shows.

As deadlines approached and passed, Bates was unable to stay on the top of her agreement with the hotel management.

Garrett Gallia, Hershey Entertainment and Resort Company spokesperson, warned Bates about past-due deadlines. When it became clear that the event organizer was unable to make payment, we regretfully informed her that without payment, we would have no alternative but to cancel this event at the Hershey Lodge, Gallia explained in an email correspondence.

Hoping she could pull off the events at Hershey Lodge, Bates didnt want to give up so soon.

We had more than 67,000 people RSVP on our website. We had all the rooms filled in at nearby hotels, and we just needed 143 more tickets to get the show going, she said. We fell short in liquid money.

Even during the last hours before the show was slated to start, Bates never gave up hope. Our website crashed on Tuesday and Wednesday due to the high volume of visits, Bates said. We just learned about the crash on Thursday morning.

Trying to accomplish too much within a limited period of time, Bates underestimated the volume and complexity of the task. I had an army of 200 people with no guns, she commented, referring to the lack of finance and experience.

In a phone interview, sad and heartbroken, Bates took all the blame on herself. I should have cancelled the show two weeks ago, she said. But I was too ambitious, too hopeful.

A mother of two, including one son with leukemia, Bates was at the verge of crying when speaking on the phone. Bates admitted that the communication between her and the participants was not clear. Attendees never understood that purchasing the ticket was an important part of the bargain. Many participants planned to buy the tickets on Thursday or Friday when they arrived for the show.

I feel terrible, Bates said. I thought I was doing something important.

Now, Bates is due to refund those fashion designers who enrolled for the show. She is doing everything she can to compensate for the losses.

And what lessons has she taken away from this experience?

I learned to make better decisions in future, Bates said.

To follow-up the story Please visit our Facebook page.