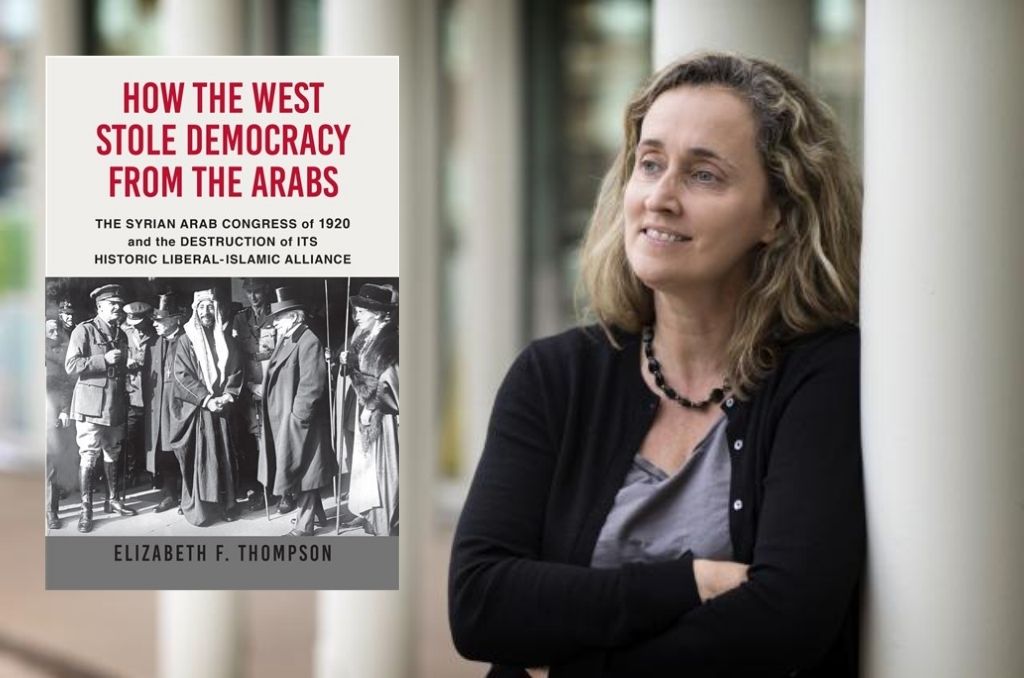 How the West Stole Democracy from the Arabs: The Syrian Arab Congress of 1920 and the Destruction of its Historic Liberal-Islamic Alliance by Elizabeth F. Thompson

The story of a pivotal moment in modern world history, when Arabs established a representative democracy―and how the West crushed it

When Europe’s Great War engulfed the Ottoman Empire, Arab nationalists rose in revolt against their Turkish rulers and allied with the British on the promise of an independent Arab state. In October 1918, the Arabs’ military leader, Prince Faisal, victoriously entered Damascus and proclaimed a constitutional government in an independent Greater Syria.

Faisal won American support for self-determination at the Paris Peace Conference, but other Entente powers plotted to protect their colonial interests. Under threat of European occupation, the Syrian-Arab Congress declared independence on March 8, 1920 and crowned Faisal king of a “civil representative monarchy.” Sheikh Rashid Rida, the most prominent Islamic thinker of the day, became Congress president and supervised the drafting of a constitution that established the world’s first Arab democracy and guaranteed equal rights for all citizens, including non-Muslims.

But France and Britain refused to recognize the Damascus government and instead imposed a system of mandates on the pretext that Arabs were not yet ready for self-government. In July 1920, the French invaded and crushed the Syrian state. The fragile coalition of secular modernizers and Islamic reformers that had established democracy was destroyed, with profound consequences that reverberate still.

Using previously untapped primary sources, including contemporary newspaper accounts, reports of the Syrian-Arab Congress, and letters and diaries from participants, How the West Stole Democracy from the Arabs is a groundbreaking account of an extraordinary, brief moment of unity and hope―and of its destruction.

Elizabeth F. Thompson is a leading historian of the modern Middle East and Mohamed S. Farsi Chair of Islamic Peace at American University’s School of International Service. She is the author of two previous books, Colonial Citizens: Republican Rights, Paternal Privilege and Gender in French Syria and Lebanon, winner of two national book prizes, and Justice Interrupted: The Struggle for Constitutional Government in the Middle East.

Editorial review of the book

“This expertly researched account brings to life a meaningful but underexplored chapter in world history.”―Publishers Weekly

“In a book sure to interest students of Middle Eastern history, particularly in the 20th century, Thompson fashions an original, authoritative study, laying out the process of the “theft” of Syrian democracy…Bitter lessons from the past unearthed and expertly reexamined.”―Kirkus Reviews

“That the interests of great powers override the voices of small nations is an unremarkable observation in diplomatic history, yet reading Thompson’s account of the circumstances in one particular context, and knowing the consequences that followed, is enough to make you feel outraged once again.”―Washington Independent Review of Books

“Thompson has written an outstanding book on the attempts by Western actors to not only reverse democracy in Syria in the early 20th century, but also to deliberately conceal the reality of this reversal. Through rich archival research, Thompson puts forward an important and fascinating corrective to conventional and longstanding accounts.”―Amaney A. Jamal, Edwards S. Sanford Professor of Politics, Princeton University