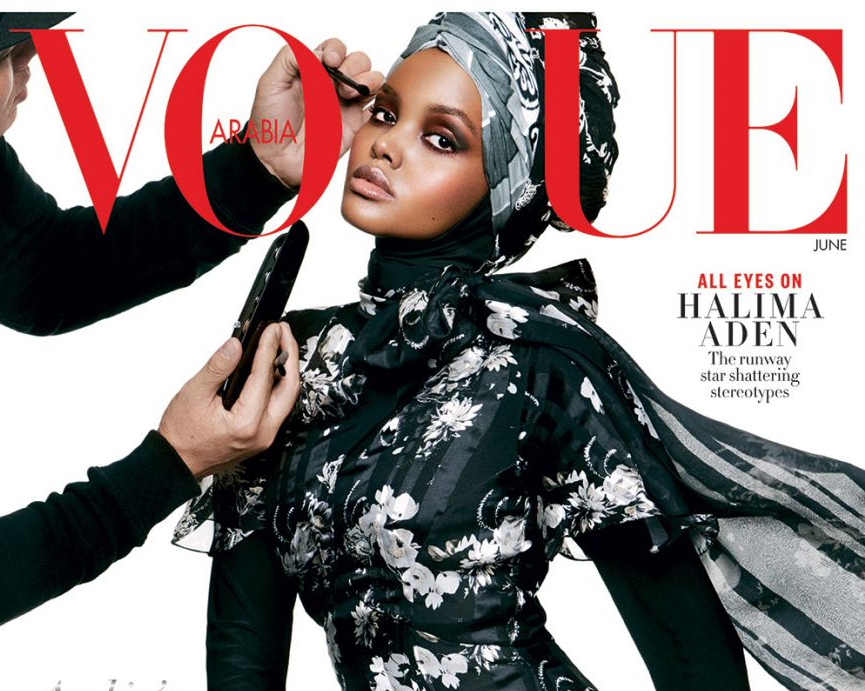 SOMALI-AMERICAN model Halima Aden has laded the cover of Vogue Arabia‘s June 2017 issue, making her the first model to wear a hijab on the cover of a Vogue magazine.

While Aden had her first brush with fame through her participation in a Minnesota beauty contest, her big break came when she walked Kanye West’s fall 2017 Yeezy Season 5 presentation in September 2016.

Since then she has also covered Carine Roitfield’s magazine, CR Fashion Book.

In the June issue of Vogue Arabia, we focus on identity – from embracing it, like cover star Halima Aden, to reinventing it, like the young Arab designers breathing new life into traditional craftsmanship. Take a walk through an Old Dubai souk with perfumer Christopher Chong, who is celebrating 10 years with Omani brand Amouage, and visit the meticulously refurbished Paris manor of Sheikh Mohammed bin Fahad Al Thani. Designer Layla Moussa talks nostalgia and authenticity, two of the biggest stars of Ramadan TV, Nelly Karim and Hind Sabri, share their thoughts on fame, family, and fashion, and Jordan’s HRH Princess Nissa Raad writes a moving letter to her artist grandmother, Princess Fahrelnissa Zeid, now the focus of a major retrospective at the Tate Modern in London. In his first letter as Editor-in-Chief of Vogue Arabia, Manuel Arnaut describes the interlinking themes of the June issue.