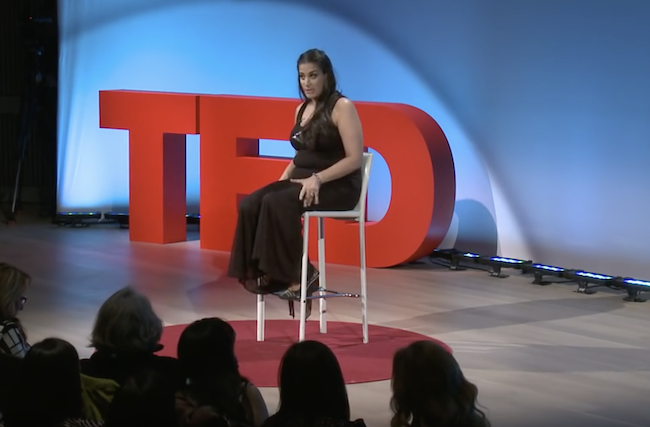 Summary: Maysoon Zayid is a stand-up comic Muslim girl from New Jersey with a unique neuro-disease.

Zayid is the first ever female comic to perform in Palestine and Jordan as a stand-up comedian, only this time to sit down. She is the organizer of New York Arab American Comedy Festival after 9/11. Currently, she is hosting a television series that is based on her experience to live as an Aran American in the U.S.

In her recent performance, she appeared in front of the Republican National Convention last week, and … well, she was so funny.

“I thought it was going to be a tough crowd but I got so many hugs and so much love,” she says as sh quoted in Fortune magazine online. “I don’t think I swung any votes but I do think I squashed some bigotry.”

Zayid decided to become a comedian after she made sure the directors didn’t hire “fluffy, ethnic, desabled actor.” So she decided to take the acting part on her own control. A few year later, she found herself standing in front of a big crowd in Cleveland.