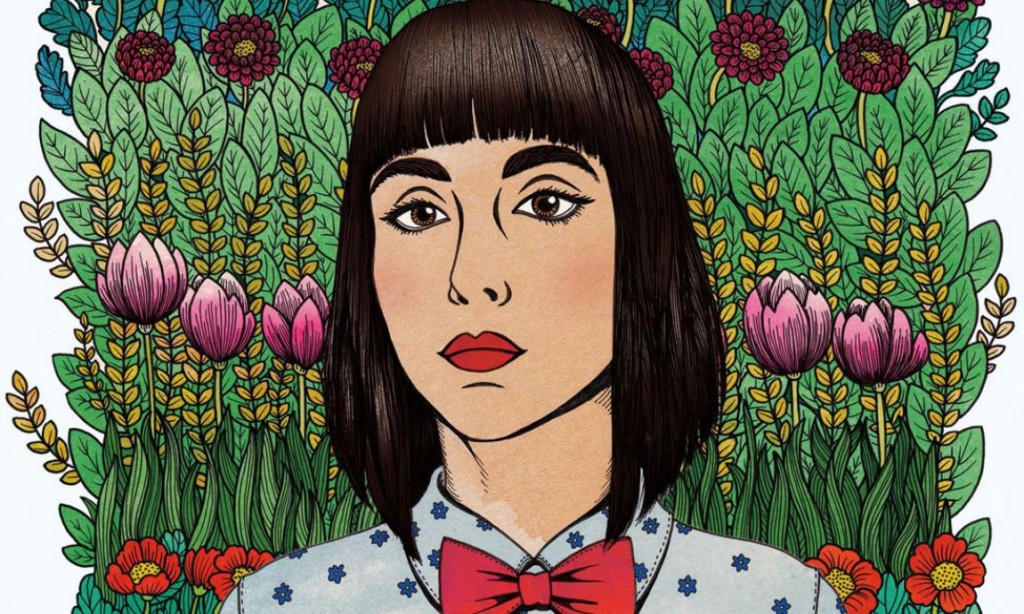 Eight years ago a song called My Orange, sung in the voice of a young female singer calling for her beloved, appeared on the internet. She compared her lover to an orange. The tone of the singer was not the kind of tone of someone who wanted to sing. It was more like a girl humming poetry to someone she loved.

The song of the young female singer, whose name nobody knew for years, was quickly heard on the internet by thousands. Many Iranian girls and boys heard it and shared the song on their social network. A few knew the song by heart and sang it in their own voices. In Iran, where government always controls internet speed, it is usually difficult to download movies or music, but this song was rapidly disseminated. After several years, people could finally learn the singers name. She was Marjan Farsad.

Farsad, then 24-years-old, sang My Orange song along with one of the kids in the Iranian underground music scene, in her house, on a guitar with a broken string.

Female voices are banned in Iran. Some years ago the underground market for culture and art would deliver any banned book or film or music to fans. After the internet era, access to womens voices increased.

Farsad did not want the song to be broadcasted. For this reason she had only posted the song on her Facebook page. Not too many people had paid attention to the song. She never knew how her song became so popular.

In an interview with the internet magazine RoozOnline, Farsad said, I was very surprised. I was checking my internet one day and was shocked by the volume of emails and Facebook messagesbecause I didnt know what the story was. It was very strange for me that after so many years this song had become so popular.

Farsad, who had studied animation and graphics, never thought she might become a singer one day. She is still a shy girl usually avoids talking about herself. She moved from Iran to Montreal, Canada, to continue her studies in animation. A few months later, her song became popular.

Sometimes Marjan Farsads tone in her songs is like a young mother who is singing a lullaby for her child. Maybe thats the reason her voice hears like a little girl in her albums  like mothers who make their voices childlike so their lullaby sound more pleasant to their child.

Farsad sings gloomy and nostalgic songs. The subject is usually about a lover missing the beloved, a child missing her mother, a traveler missing his hometown, and perhaps the homesickness of an immigrant for the streets of her faraway homeland, which she sees in her dreams every night.

Farsads first album, Blue Flowers, came out in 2014. This album has eight tracks, and its music, lyrics and drawings are all Farsads work. My Orange, Farsads first famous song can be found in the album. But more famously, one of the most heard songs on her Blue Flowers album is Our House. For many young Iranians who had to flee Iran after the Green Movement, Our House is a song they can project their homesickness.

Fasad made a four-minute animation movie for Our House. She made the movie from the scratch. It took her seven months, working twelve hours a day, until she could complete the work. Fasad has made a number of animation movies based on her songs. The lyrics of her songs are deep. But the tone of the singer is childlike. In her films, she, presumably, recalls her childhood dreams.

Farsad has given several concerts in New York and Montreal. But it seems that she does not enjoy the hustle-bustle of the stage life. She says she prefers to stay alone in her room and sing for herself.