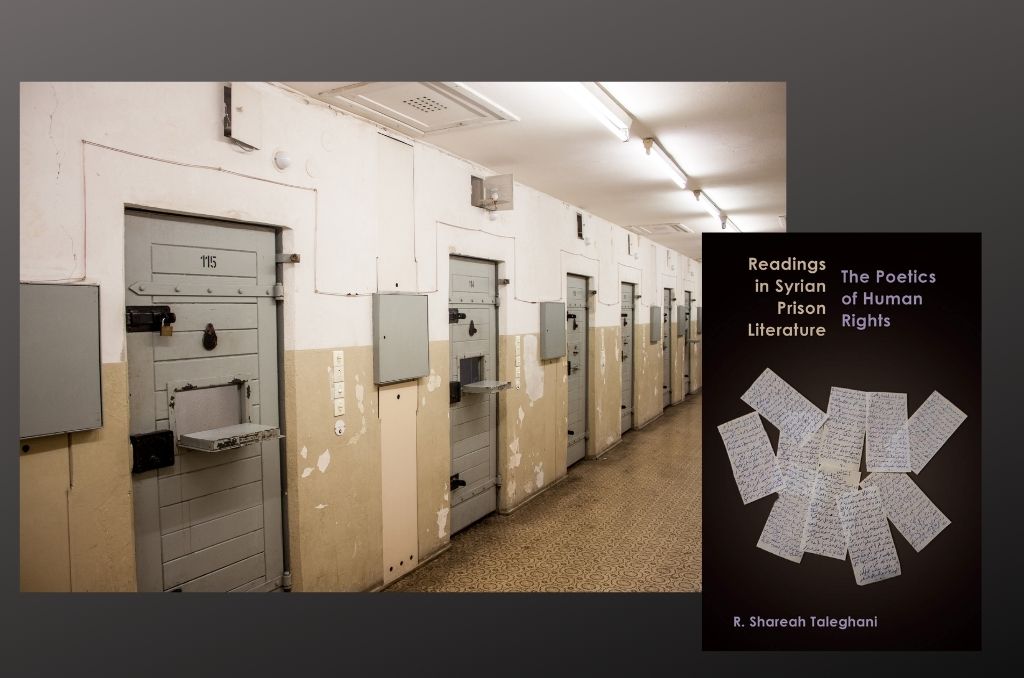 Taleghani, an Iranian-American assistant professor of Middle East studies at Queens College, City University of New York, first became interested in human rights in high school, when she thought about becoming an activist or lawyer. Yet in the wake of 9/11 and the US government’s exploitation of the term under the guise of the so-called “war on terror”, she became more sceptical and began developing a strong critique of the West’s hypocritical discourse on human rights.

Amazon.com – The simple act of inscription, both minute and epic, can be a powerful tool to bear witness and give voice to those who are oppressed, silenced, and forgotten.

In the eras of Hafiz al-Asad and his son Bashar, Syrian political dissidents have written extensively about their experiences of detention, both while in prison and afterwards.

This body of writing, largely untranslated into English, is essential to understanding the oppositional political culture among dissidents since the 1970s—a culture that laid the foundation for the 2011 Syrian Revolution.

The emergence of prison literature as a specific genre helped articulate opposition to authoritarian states, including the Asad regime. However, the significance of Syrian prison literature goes beyond a form of witnessing, expressing, and illuminating the larger cultural and historical backstory of the Syrian uprising.

Prison literature, in all its diversity, challenges the narrative structures and conventional language of human rights. In doing so, prison literature has played an essential role in generating the “experimental shift” in Arabic literature since the 1960s.

Taleghani’s groundbreaking work explores prison writing’s critical role in resistance movements in Syria, the evolution of Arabic literature, and the development of a global human rights.

Taleghani’s book is academic in nature, drawing on genre theory and critical and human rights theory, but also aimed at a more general audience.

The author is explicitly clear in the introduction of the limits of her work. It is not a history of Syrian prisons or human rights movements in Syria.

Most English-language scholarship on the intersection of literature and human rights has focused on the novel or memoir, Taleghani grapples with other genres, such as the short story and poetry and how authors experiment with literary form to depict the experience of detention and the detainee as a speaking subject.

Many ex-detainees speak of this struggle with the act of writing itself, drawing attention to the fact that, however much they try to communicate the reality of their experience, the final product remains an artifice. Taleghani argues that this “metafictional” aspect, this concern with alerting the reader to the impossibility of what the writers are attempting, was a major force in the creation of experimental literature in Arabic.