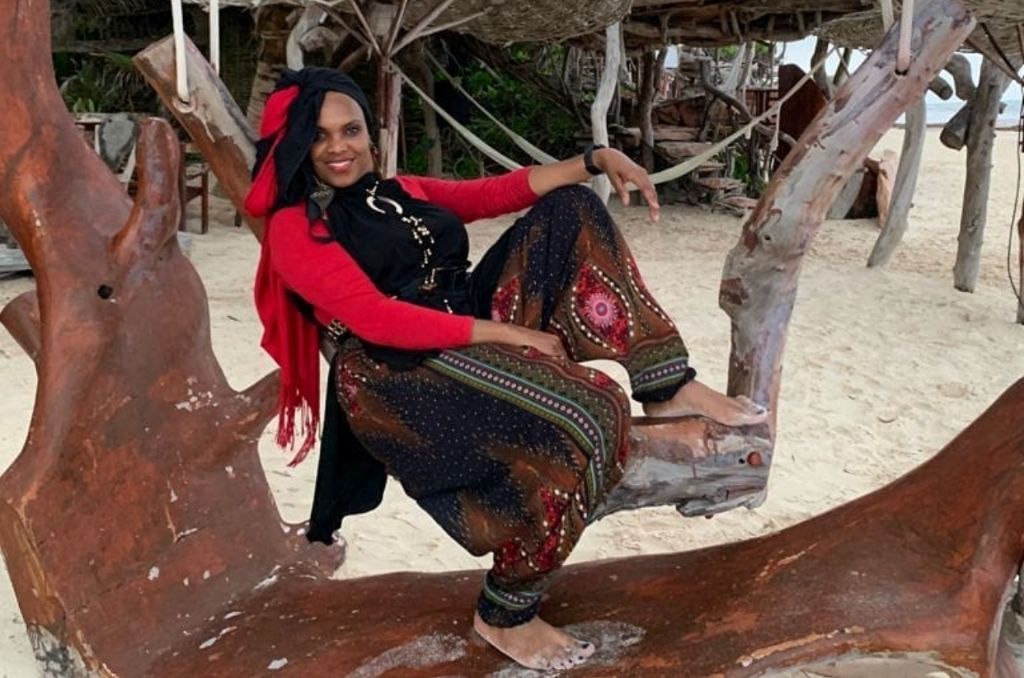 Yahoo News – Women of Islamic faith are celebrated in an annual event that focuses on stylish and modest clothing.

An inspiring fashion show in Atlanta is aiming to not only highlight but also celebrate the beauty and creativity of fashionable modern-day Black Muslim women.

When people think of Muslim women, impeccable fashion sense isn’t always the first thing that comes to mind. But N’aimah Abdullah, show coordinator for the 35th annual Sealed Nectar Fashion Show last month, has been a part of changing that perception.

The designer pushed the envelope this year by creating a cruise-themed Islamic fashion event complete with beachwear, tropical music, and a vacation-inspired runway.

“This is Black women showing their creativity and allowing themselves that place to shine,” Abdullah explained to the Atlanta Journal-Constitution. “We’re the leaders in fashion and when you start talking about colors and styles and all of these different things — African American women have been unapologetically fashionable.”

She was inspired by her own life for this year’s theme, which pays homage to the summers she spent (pre-COVID) traveling through the Caribbean with her girlfriends while decked out in eye-catching modest fashion designs.

Over the years, Sacred Nectar has become a creative outlet for Black Muslim women to express themselves, also serving as a fundraiser for Atlanta Masjid of Al-Islam. But due to the ongoing coronavirus concerns, this year, models pre-shot their looks at an Airbnb in Atlanta, and attendees watched the show remotely via Zoom.

The AJC reports that as soon as the stunning show began, the chatroom was filled with praise and comments like “Mashallah,” an Arabic phrase meaning, “what God has willed happened.”

“This is an arena where I am able to see myself and be comfortable in my Africaness and express myself in a modest way,” explained Rahima Shaban, the designer behind the brand Beautiful Jamila.

When people think of modest fashion they only think of women being covered up, but what many non-Muslims tend to forget is that fabrics can make a statement. Even the way a woman chooses to wear her hijab can be a form of personal expression.

“Although images of modest styles worn by women in Middle Eastern, South Asian and North African countries are predominantly portrayed in the media, Black American women have a style of their own,” notes AJC.

Designer Melanie Austin says that while Islam is a religion for over a billion people around the world, African American women bring their own sense of style to clothing that while modest can still be fashionable.

“We were often found imitating other people’s cultures, such as Pakistani, Arab, and Indian; so much to the extent that many African American Muslim women didn’t understand the importance or feel the need to support their own,’” opined Austin who created Shukuru Couture, and has previously been a participant in the show.

Nefertari Hazziez, the designer behind Queens’ Creations, challenged the perception that modest clothing is always a form of oppression. Quite the contrary, she believes that the way she and her sisters in Islam dress can be just as empowering as other styles of clothing and can even help boost feelings of confidence.

In her eyes, outlets like the Sealed Nectar Fashion Show allows Black Muslim women to finally be represented as fully empowered members of their community.

“It’s almost gonna make me have tears, but (the show is) the foundation of my becoming a fashion designer,” Hazziez shared. “Muslims in America, we’ve always had the fashion flair but we just weren’t known for that. So I think that one of the differences is that we are being shown more and we’re being seen more.”