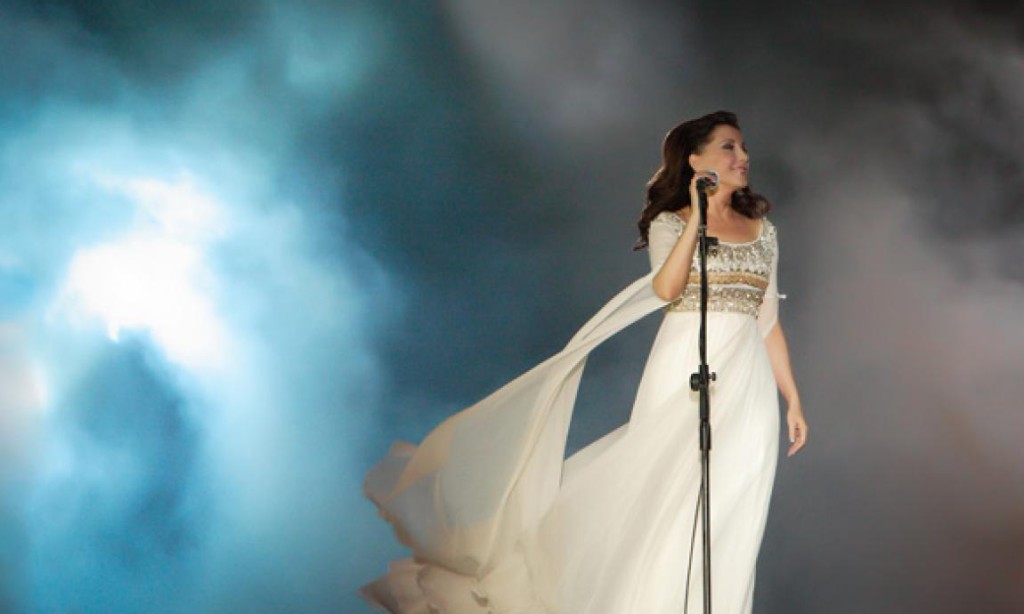 The world news never takes a break away from the Middle East. With the wave of revolution and violence that has engulfed the Middle East within the last seven years, each one of the 16 countries in the region, some more than others, takes its turn appearing in headlines. Lebanon has won the lottery  at least for a few days  to become a centerpiece again.

According to Lebanons Daily Star on Thursday, Lebanon Interior Minister is going to ask Saudi authorities to provide intelligence on behalf of two Lebanese Shiite Militia Hezbollah officials. According to the news, the men are accused of attempting to recruit fighters on behalf of the Syrian President Bashar Assad.

Reading and hearing the world news, one would wonder whether countries like Lebanon have always dealt with chaotic circumstances. I am in a position to say no.

The Middle East is not all about war, violence, bloodshed, and ISIS. A country like Lebanon is home to a renowned modern singer named Majda El Rumi.

Before Majida, now 59, the Arab world enjoyed such singers as Fairuz, Umm Kulthum and Abdul Wahhab, who were the beloved voices of the people. When their voice was heard it brought pleasure to the listeners of Arab music.

Yet, at 21 Majida El Rumi was so well-known that no one could exclude her from the list of the best singers of the region. Those who have felt the magical rhythm of Arabic poetry and who gravitated towards great poets from the 1950s in the Arab capitals of Lebanon, Cairo and Damascus, and whose name are well-known; Majida chose to sing the poems of one of the greatest of themNizar Qabbani.

The poems of Nizar Qabbani include Beirut: The Bride of the World, Kalamat, and Ma al-Jaridah. These became Majida El Rumis three most beautiful songs.

Although Majida was much younger than the generation of Umm Kulthum, Abdul Wahhab, Fairuz and Abdul Halim Hafiz, she was always recognized as one of the foremost singers of the Arab world, especially to the people for whom music meant Arab unity and had an important place in their heart. In her 2002 concert she seriously voiced her concern about the killings in Ghana.

Majida wasnt the only Arab singer voicing her disgust against the war and conflict in the Middle East. Roger Waters, in a song entitled Leaving Beirut, kindly remembered the people of Beirut who share their bread with their guests, as well as their hearts.

Arab poets have mentioned Beirut in many of their poems. Perhaps the poem of Nizar Qabbani about Beirut is the most beautiful of these  and Majida has beautifully sung the song.

The lyrics are alluring, full of mysterious feelings and romance  including the totality of the beauty of Arab poetry. Besides that, the performance of the lyrics resonates with the high and low of the music.

As for Majida, her unique singing style causes the listener to imagine that the poem of Nizar Qabbani was made for the voice of Majida El Rumiwhere music, poetry, and emotions dance together in her voice.

Only artists like Majida can portray a different picture of the Middle East. The picture can exude beauty, gentleness, humanity and ecstasy of the rich cultures in the Middle East. Perhaps, the picture Majida El Rumi paints a picture which is drastically different from that painted by headlines about the ISIS brutality and inhumane behavior.