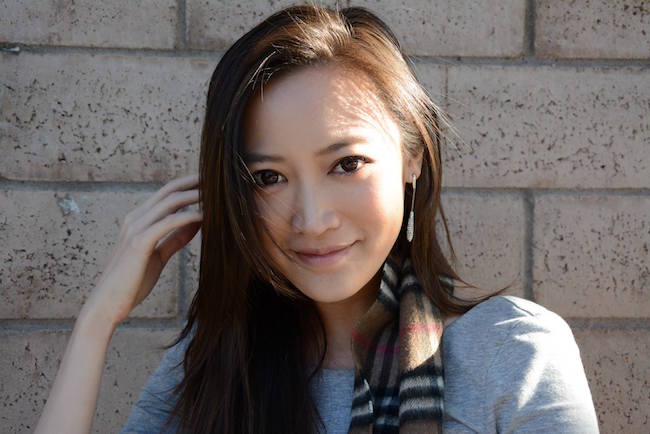 Markable, a small company based in the 100state offices of downtown Madison, Wisconsin launched its app only a few weeks ago, but it has already landed an exclusive deal with New York Fashion Week.

The app’s purpose is simple: to allow consumers to purchase an outfit. Users can take a picture of anything—a random person walking on the street, a runway model or their friends—and then the app analyzes the picture and matches it with clothing options online. Purchases can even be made from within the app.

The app currently offers free shipping to users, and Joy Tang—the founder and CEO of Markable—said that offer is “very limited and won’t last very long.” The app has a database of roughly 800 brands to pull from, according to the app’s website. Tang said many of the recognizable brands feature modest fashion options.

“In our app, we can actually recognize Muslim types of clothing as well. We can recognize the hijab, as well as many other Muslim clothing items,” Tang said. “Especially, I think Muslim women love colorful clothing, and colors are one of the most important aspects of our app.”

Tang founded the company in 2014, but the app did not officially launch until May 2016. Years earlier, she graduated from Massachusetts Institute of Technology and won the gold medal in the math olympics in China. Also a part-time model and singer as well as a TV anchor in China, Tang said she has “always belonged in the entertainment world.”

She said this combination of personality and skill helped her think of the idea for the company and write the algorithm for the app.

Last year, Tang pitched the app on the show “I am Unicorn,” a show similar to “Shark Tank” but hosted in China. Viewers of the show voted Markable as the most popular start-up from the first season of the show, and Tang said the experience was invaluable to grow the company.

“Besides getting very awesome feedback from there, I was able to connect with investors as well and quite a few of them became personal friends afterwards,” Tang said. “That was very rewarding and I learned a lot from them.”

While the app does feature normal mall and mainstream brands for regular use, Tang said Markable will also provide a VIP option during the New York Fashion Week to make it easier for user to find high-end fashion. An exclusive deal is a huge win for Markable, as it provides them an audience of more than 100,000 attendees who are all interested in fashion, according to a New York Times article.

The app will connect consumers and designers, a connection that has never been realized before.

“[Markable VIP] gives designers a direct feedback from consumers, so they can adjust their inventory,” Tang said.

She said while New York Fashion Week is features mostly western designs, she wants to highlight high fashion from other regions more in the future too.

Tang said she knows “Muslim women spend a lot of money on fashion,” and she hopes markable VIP will allow them to receive an individual piece.

The market for Muslim fashion has grown substantially recently, and many projections show that trend continuing. According to the 2015-’16 State of the Global Islamic Economy Report,  Muslim consumers spend an estimated $230 billion on clothing, which is projected to grow to  $327 billion by 2019.

Markable has grown quickly since its founding in 2014, but several other companies with similar aims have started since then, too. Pinterest has even began to development a camera-search technology to allow users to easily find clothes online, according to an article by The Wall Street Journal. To separate itself from competition, Tang has even more ambitious plans for the company’s expansion in the coming years.

In an effort to reach mostly untapped markets, Tang said she hopes to pursue a partnership with a fashion week in Dubai this fall, though the collaboration may not be easy. Tang said the endeavor would be exceedingly pricey as “Dubai Fashion Week is now becoming a world fashion week.”

The fashion week in Dubai was founded recently and it represents 22 countries in the Arab world. The fashion week’s website says it is the world’s only fashion “platform promoting the ‘Ready-Couture’ collections.” The Islamic Fashion and Design Council said the Dubai Fashion week “aims to combine tradition with modernity,” which is what Markable also attempts to do, using easy-to-use technology to bring modest fashion to Muslim consumers.

She said, in one way or another, she wants to “bring Markable to Dubai users, to Muslim women.” Markable is currently working with local clothing and design companies in China in an attempt to provide the region’s consumers with what they want, a practice she hopes to mimic in the Middle East.

“To enter the whole market, we would also want to collaborate with local Middle East fashion companies or people who are very experienced in this business,” Tang said.

She said in addition to the business opportunities available, she wants to collaborate with high fashion companies in the Middle East because of how beautiful the clothes are.

“We want to go with high fashion, so I’ve been looking at some high fashion for Middle East women,” Tang said. “I think those are gorgeous, and I think there’s a market there for us.”