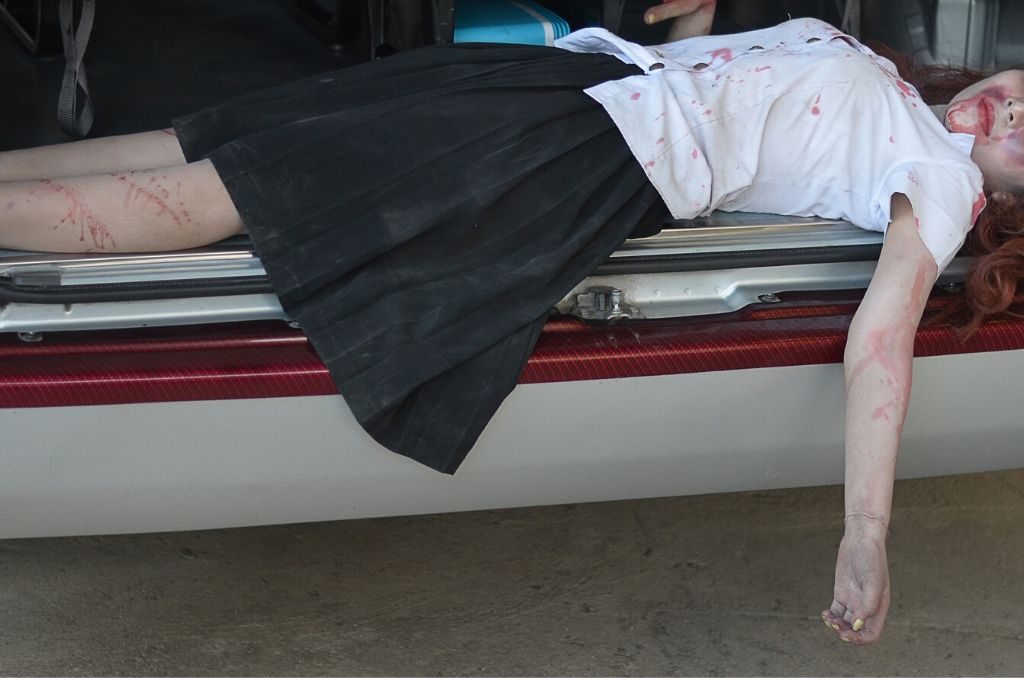 Iranians love their Persian culture, they are proud of their Persian Empire, they love their poets and philosophers, and they cook delicious kebob. We are the people of resilience and peace.

I was born and raised in Tehran. I love my family back home, I love my culture and I love everything Iranian. Below, I wrote a personal story about when I was 12 years old. It was the time I experience war firsthand.

I was twelve, so did she

I was around 12 years old when Sadaam Hussain reached Tehran. Our house was on Shriati Street, at the Andishe neighborhood, Northeast of Tehran. We had a very big house with swimming pool, library room, and about 6 bedrooms. Due to security reasons, my mom taped all the windows and glasses in the house. It was a precautions procedure recommended by experts on radio and TV programs to protect people from injuries caused by shattered glasses.

On a particular night, around 2 AM, we woken up by a very loud siren noise. My 27-year-old aunt, my 11-year-old sister, and I were sleeping in the safest room in the house. My mom, dad and 2-year-old brother were sleeping in my dad’s study, the next safest room. These two rooms didn’t have too many windows.

A few minutes later, I heard a very loud shout, “where is Sara?” my mom was screaming. Her voice heard like a crying wolf.

All the five people in my family were sitting by the door frame, but me. I was in bed. I didn’t want to leave my sleep! I didn’t care about the siren and the bombing. Next thing I knew was someone wrapping me in my blankets and sliding me towards somewhere. Then, she grabbed me in her arms and held me very tight. It was my mom.

A few minutes later, our house shook so bad. For one second I thought we were dead. When I opened my eyes, the smoke was everywhere. Every single window in our house broke that night.

About five minutes later, my 2-year-old brother started crying. My aunt was all in tears. My mom kept checking my head and my body for any sign of blood.  My dad was all over my sister and brother, checking them for any sign of injuries. As he was moving his hands around our bodies, checking us out, my mom spotted a few tiny glasses stuck in my dad’s forearms. She rose to grab the medical aid. Just then, my dad shouted, “sit down.” As he was screaming, the whole house shook so hard again. First, I thought the house shook due to my dad’s scream. But, in fact, there was another attack.  I closed my eyes.

Three hours later, my grandpa was at the gateway. His steps were so heavy. It seemed like he couldn’t walk. When he got closer, he started crying. I had never seen a man cry so hard.

“Thank you, God,” he said. “Thank you very much for granting me to have my kids back. Allah, I am your slave. Allah I am your lamb, I am nothing. God, please do not test me by taking away my kids.” Then, he held my mom and aunt so tight. They were all crying before.

Have you seen dead bodies?

After a long time crying and hugging, my mom took my grandpa to our large terrace on the second floor. There were remaining parts of the bombs everywhere. “I cannot believe you were spared,” my grandpa said helplessly.

Our house was still standing. But, I could hear loud cries from the distance.

My grandpa wanted to go and see where the bombs hit. “Can I go with Aghajoon,” I asked my mom. Aghajoon was what we called him. “No way,” she said. “You stay here with me,” she commended.

Aghajoon left the house a few minutes later. Without telling my mom, I grabbed my shoes and zipped out of the house. I wore them outside, running after my grandpa.

Our house was on Andishe Ten, in a neighborhood that was built by Germany a few years ago. The bomb hit houses on Andisheh eight, less than two blocks away from us.

When we turned to Andishe Eight, I saw something I never forget. I saw a corpse of a 12-year-old girl was lying on the ground, dead. Her mom was close to her, sort of putting her hands on the girls head. The woman was pregnant.

I vividly remember the scene, and I remember what I told to that 12-year-old in my heart. “I stop another war in Iran,” I told her. “I promise you.”

How to keep peace during the war time

A few days ago, United States declared war against Iran by killing one of the most important Iranian figures. Mr. Trump had to divert the public opinion, and the media, away from the impeachment procedure toward another attractive subject. Iran was the best, and easy target since the war against Iran was already brewing starting many months ago. Now the question is, should a nation pay for the result of the U.S. election?

It is very hard to be Iranian, especially after Iran’s 1979 revolution. Many of us have family, friends and acquittances in Iran. And all of us love the United States.

To answer the question of “how to keep peace during the war time,” for the U.S. is to place a sane, wise and intelligent policy maker in power. Insha’llah.