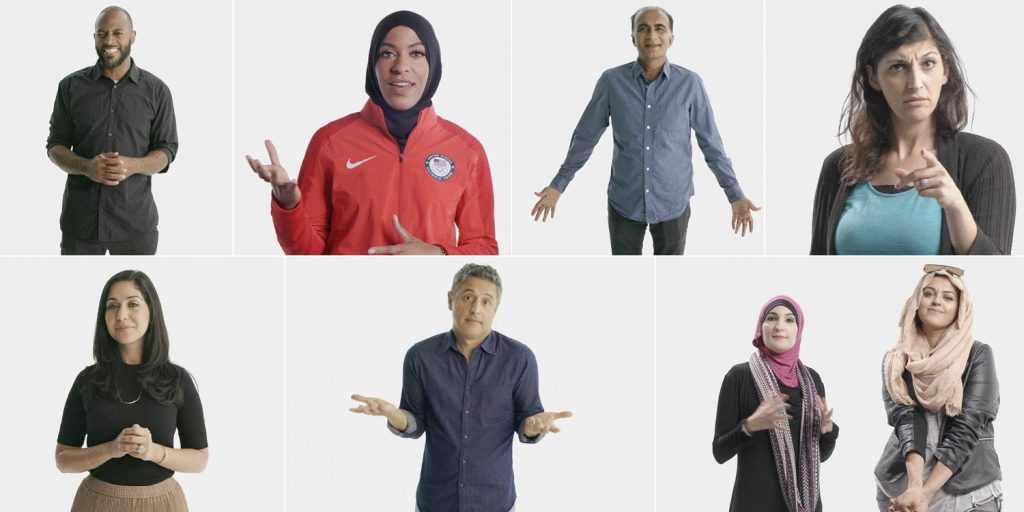 Humor is good medicine. It’s also a great way to bust down barriers and learn a thing or two about each other. That’s part of what makes The Secret Lives of Muslims, a new digital series by Emmy-winning filmmaker Joshua Seftel, so effective. Each 5 (ish) minute episode is packed with the kind of info and candor you’d only expect to hear when cameras stop rolling…if you’d ever hear it at all.

The addicting series builds on the work in The Secret Life of Scientists (also a Seftel production), but this time explores the thoughts, feelings and accomplishments of Muslim-Americans. 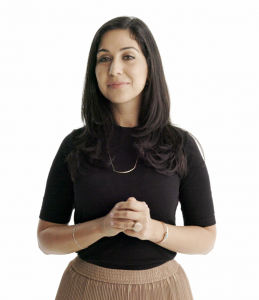 The SLOM website states the goal here is to “[use] humor and empathy to subvert stereotypes and reveal the truth about American Muslims: fascinating careers, unexpected talents, and inspiring accomplishments, providing a counter-narrative to the rampant Islamophobia prevalent in the media.”

Mission accomplished. Seftel and his multi-faith team succeeded in cobbling together an impressive roster of interviewees, including 0lympian fencer Ibtihaj Muhammad, journalist Dena Takruri, NYPD chaplain Khalid Latif, comedian Ahmed Ahmed, and more. One episode features the beyond fashionable ‘Mipsterz,’ and still another chats with that ‘Talk to a Muslim, Get a Donut’ couple that set up shop following the San Bernadino shootings. All share their own personal struggles, triumphs and questions in pre- and post-9/11 Western culture.

“I called my agent one day and I said, ‘Don’t call me for these terrorist parts anymore.’ And the phone stopped ringing,’” recalls stand-up comedian Ahmed Ahmed in one episode.

Back in the day Ahmed was an actor who struggled to receive offers that were not typecast ‘dangerous Islamic man’ roles. He did indeed play a few of these menacing Middle-Easterners (Steel Sharks, Executive Decision, Roseanne), but he couldn’t help but wonder where all the ‘regular guy’ roles were hiding. Guys who were the Arab doctor or the Arab friend. Guys like him. So Ahmed quit acting for a time and began waiting on tables.

“The restaurant I worked at didn’t have great food,” he says. “So I had to make people laugh in order to get the tips I wanted to get.” He eventually became a successful comedian and author. 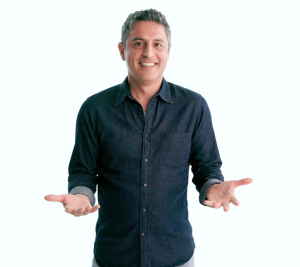 Lots of people will remember author and producer Reza Aslan from the 2013 Fox News segment where correspondent Lauren Green infamously asked Aslan (a best-selling author and scholar of world religions), “I want to be clear, you are a Muslim. So why did you write a book about the founder of Christianity?”

Aslan kept his cool for the most part, even as Green probed, “Why would you be interested in the founder of Christianity?”

“After about ten years of being cable news’ favorite Muslim, I’ve come to the realization that I don’t think it’s doing any good,” says Aslan. “Bigotry is not a result of ignorance, it’s a result of fear…. The only way that you’re going to dissipate fear, is by getting people to know someone that they’re afraid of.”

“For the largest public school system in the entire country to say, ‘Wait a minute. You matter. Your faith matters,’ that was a really big deal,” says Sarsour. 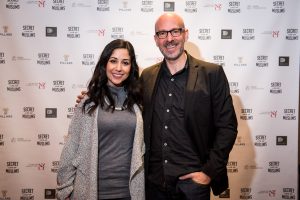 Secret Lives launched in February, with new episodes streaming each week on Vox Facebook, SLOM Facebook, Vox YouTube pages, CBS Sunday Morning, and the USA TODAY Network. Executive Producer Joshua Seftel hopes each story can help to get a new conversation going. He says, “After such a divisive election, we need to come together and start telling stories that add truth and nuance to what was stoked on the campaign trail.”

Seftel added in a press release that he’s no stranger to stereotypes and discrimination. This propelled him forward with the creation of Secret Lives.

“As a boy, I faced anti-Semitism growing up Jewish in Upstate New York and that stayed with me. It’s deeply upsetting to see the kind of anti-Muslim discrimination that’s happening right now in the U.S., so if we can help create understanding in some small way, that would be a great step.”

No topic is off-limits. In the episode, A Beginner’s Guide to Hijabs, Muslim women answers questions like, “What is a hijab?” “Do you wear it in the shower?” “Who wears one and why?”

But beyond hijabs, the big question this show strives to answer is, how can one balance a common narrative (on TV, movies, in the press) that has historically and statistically portrayed Muslims in a negative light? And how can one do this effectively? For a show that seems pretty casual and straightforward, its message could in fact have a large impact.

These are real people with real lives. The whole point of this smart, funny series can be summed up as, “getting to know you.”