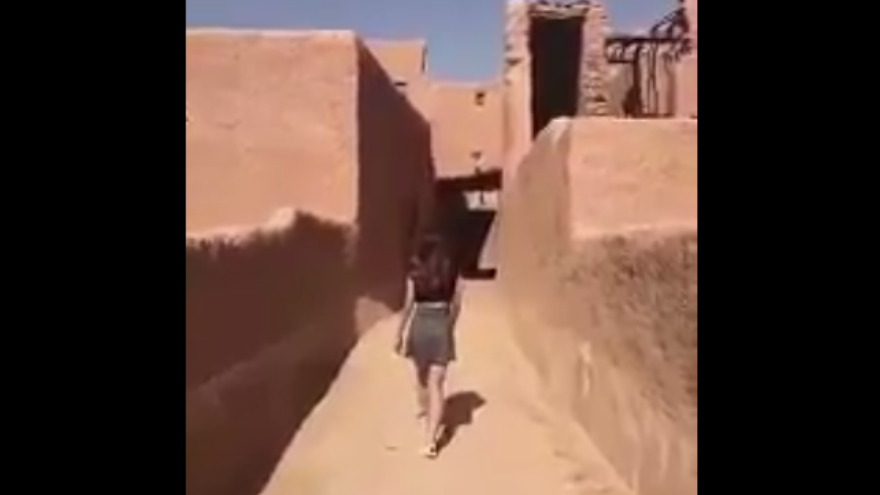 Summary: A model who was seen wearing a short skirt and crop top in a small Saudi Arabian town has been arrested.

The model, named only as ‘Khulood’, sparked controversy on social media after she shared a video on Snapchat walking through the heritage village of Ushaiqer dressed in a short skirt, black crop top and sneakers.

An arrest warrant issued by Riyadh police and shared by several Twitter users shows that the woman had been arrested on Monday for ‘disrespecting and violating the teachings of Islam’.

Saudi state TV later reported that a woman had been arrested by authorities for dressing ‘indecently’.

Most also cover their hair and face with a black veil, though exceptions are made for visiting dignitaries.