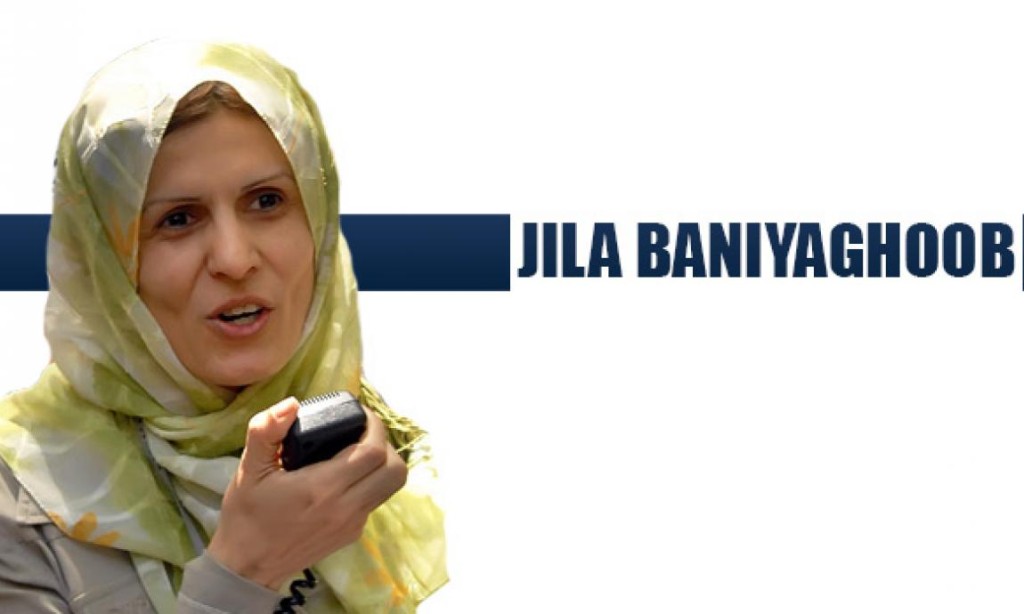 Jila Baniyaghoob, a prominent Iranian journalist and women’s rights activist, and writer of Women of Evin Ward 209 book, discussed Iranian government current crack down against journalists. Baniyaghoob, along with her journalist husband Bahman Ahmadi Amouei, have been recognized for thier journalism work internationally. Yet, Iranian government abandons them to work as journalists in Iran.
We followed up with Baniyaghoob to discuss the new wave of arrest, as well as their life as journalists in Iran.
Goltune: What is the life look like for you outside of the prison?
Baniyaghoob: I have been abandoned from any journalism work, but not Bahman. Yet, the Iranian media is frightened to hire people like him. Their fear is legitimate. Some newspapers hired our colleagues who’ve completed their prison term and were set free. Yet, due to the government’s pressure, they were forced to fire those journalists. We need a force higher than law to take care of hiring journalists who critique government policies.
there is a new law under “Islamic fines” indicates that the maximum of being banned from work is only 2 years. The law has been in effect for more than one an a half years. When I ask the court to review my case for giving me permission to work under the new law, they refused
Goltune: Why?
Baniyaghoob: Honestly, I do not know. The establishment’s interaction with journalists and government critiques doesn’t fit with anything lawful and common sense. There are journalists like myself who go by the law. But their conditions keep getting worse. Nothing is transparent in dealing with journalists in Iran. I can never answer the question of “why” the government is not “friendly” with us.
Goltune: Why the Iranian government’s interaction with journalists has never improved?
Baniyaghoob: We are approaching to the parliament election in Iran. During such time, the government’s grip on journalists get tighter. During such time, many of us feel we need to self-censor even more. The press freedom law is a reflection of the government’s political power. The establishment has an unrealistic fear of freedom of press and journalists. They believe if a journalist critic government policies, they are after overthrowing the establishment. But that is not true.
Goltune: According to Reporters Without Borders, Iran is the second country to imprison reporters. Do you think we are going to see more arrest?
Baniyaghoob: Journalists are the victims of the government’s political games in Iran. There is a saying among us that we reporters are like holy dead meat in the hands of the government.
Goltune: Would you think journalism worth dying for?
Baniyaghoob: You do not come into this profession “hoping” to be killed. You start a career to enjoy and work and enjoy working. But I have thought about the same question a lot. You know, when I imprison for my journalism work, I am not the only one to be punished. My family would have taken the blame as well. The pressure on my extended family is high. sometimes they ask me if it would worth to live such difficult life. I believe in what I do. But for how long to continue, I do not know, My husband and I are here, in this country, we love journalism and we still want to work here.
Also read:
Jila Baniyaghoob | Prisoner of Conscious in Iran
Jila Baniyaghoob | 2009 Courage in Journalism Award
0
Sara S. Jamshidi November 17, 2015