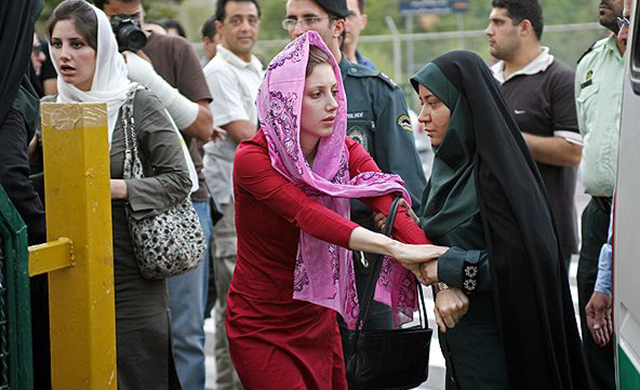 Everything gets hotter during the summer in Iran. Because of the heat, women in big cities start complaining more about the mandatory hijab forced by the authorities in Iran. This year is no exception. The morality police strolling on the streets to arrest women with bad hijab. But this year, they are facing with a new phenomenon. Iranian women are dressing like men to escape the heat, hijab and showing big middle fingers to the authorities.

According to The Independent, British daily paper, a number of women have shared photos of themselves in public with their short hair uncovered on Instagram and other social media.

The hijab is becoming an increasingly contentious issue in Iran as women step up their campaign against it and other oppressive, gendered laws. In recent months, women have been filmed walking through Tehran with their hair uncovered and activists have urged Western tourists to violate laws by refusing to wear the hijab during their visits to the Islamic republic, The Independent reports.