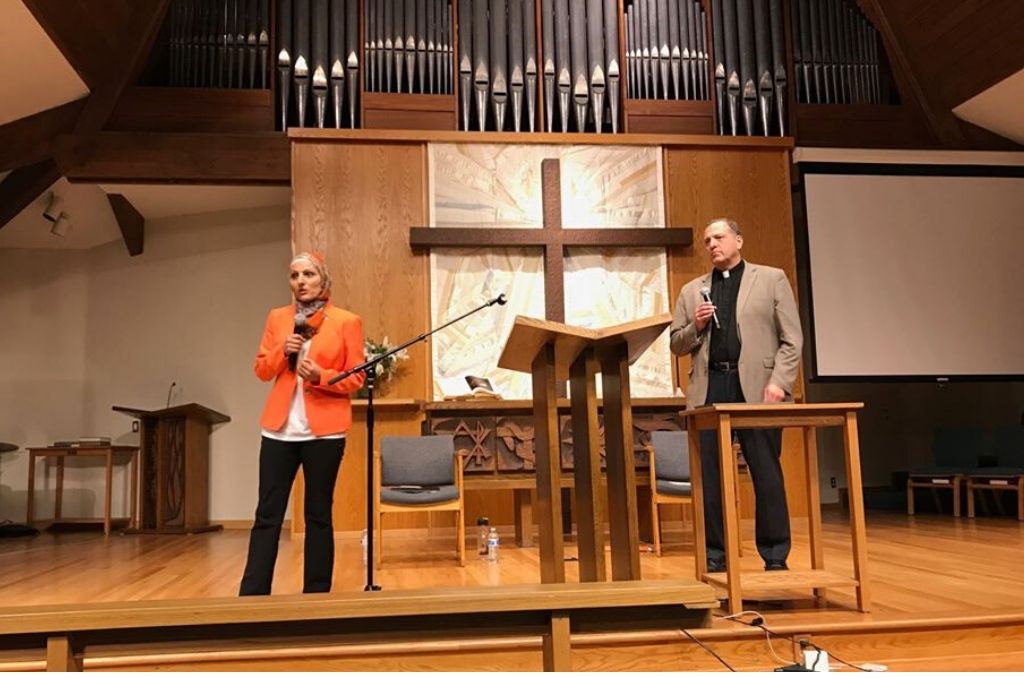 Aneelah Afzali is the Executive Director of the American Muslim Empowerment Network, AMEN, in Washington State, USA. Rev. Terry Kyllo is the Executive Director of Paths to Understanding: Bridging Bias and Building Unity. Afzali and Kyllo have held numerous talks and workshops together to address Islamophobia while offering solution of peace, understanding and overcoming biases. Afzali and Kyllo talk with Sara Jamshidi about “Faith over Fear” initiative and “Neighbors in Faith.”

YouTube Raw footage of the conversation between Aneelah Afzali and Rev. Terry Kyllo with Sara Jamshidi for Peacemindedly Podcast