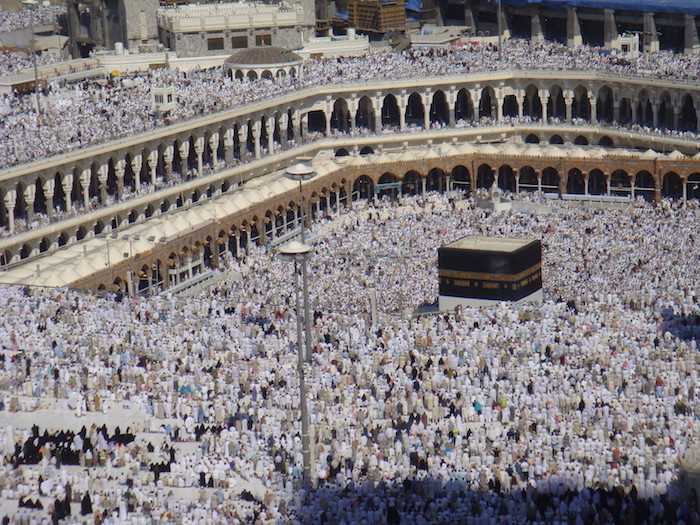 Summary: The New York Times recently published a story about the pilgrimage to Mecca from a Muslim woman’s perspective. Read an excerpt of the point-of-view story below:

“‘Sister, where are your socks?’ one of the women I was sitting with demanded. ‘Don’t you know you have to cover your feet?’

“We were in the sprawling Grand Mosque that surrounds the Kaaba, Islam’s holiest site, during the hajj, the five-day pilgrimage of rites and rituals that ended on Wednesday. I could not decipher which of the four Saudi women in identical billowing black robes and black gloves was speaking to me because their faces were covered with not one but two veils, something I had never seen before.

“They made space for me. I discreetly covered my offending feet with my own long, black robe, which I bought specially for the hajj, my first. These women who looked like black ravens poured me golden Arabian coffee from their thermos and fed me crunchy yellow dates while we waited for Friday Prayer to begin.

“There it was again. I was at once frustrated by Islam’s nitpicky strictures on women’s dress and embraced by its warm sisterhood. Over and over again during this physical and personal journey, I was confronted by my conflicting feelings on how the faith I was raised in deals with gender, the very thing that had made me take off my hijab in college.”