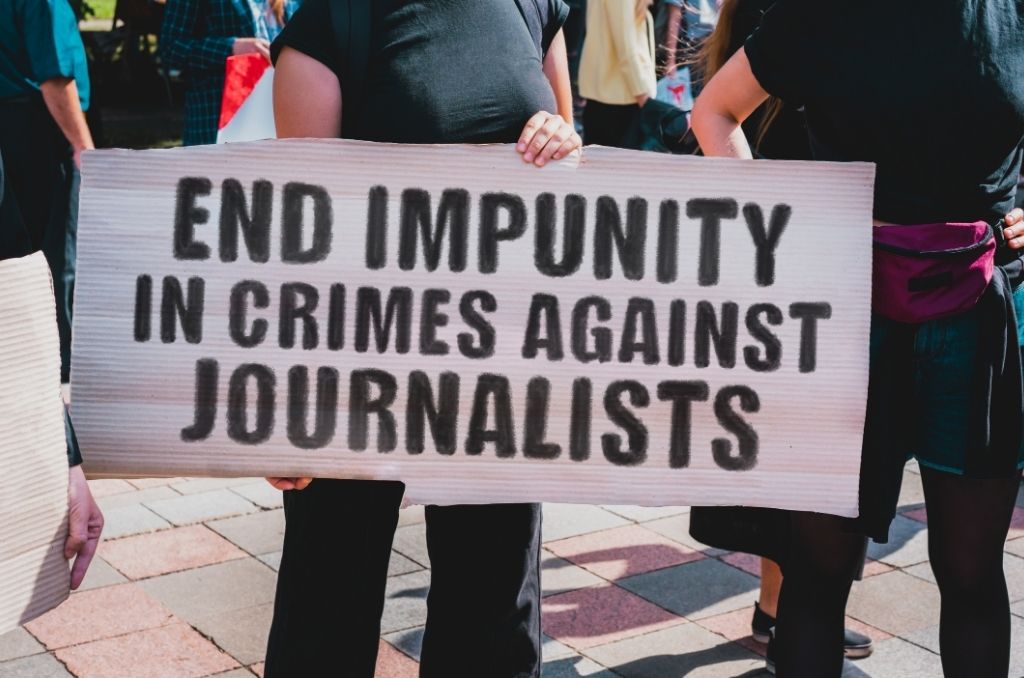 The horrific outcome of Jamal Khashoggi’s story is not dissimilar to the tales of many journalists, including my own, who decide to fight against tyranny using words instead of violence. Fear, terror, and horror cannot begin to describe the common situations in which we find ourselves. Back in Tehran, I regularly received illegibly written letters that contained vicious warnings.

“Be ready, we will throw acid on your face.”

“You can’t escape from us–we will cut you into pieces.”

“We will make your mother sorry she delivered you into this world.”

I would arrive home early and collect these letters before anyone could find them. Or I would wake up early to check our mailbox so my family didn’t get worried.

More than 22 journalists were murdered in 2020, according to the Committee to Protect Journalists.  This statistic is likely to be much higher if the families of slain journalists report the murders and if governments are honest about their statistics. If governments did not step forward with facts, journalists’ families will continue to live in fear.

So why would a government authority itself report the murder of its own citizen?

We know about the brutal murder of Jamal Khashoggi, a Washington Post journalist from Saudi Arabia, because it happened openly.

On the afternoon of October 2, 2018, Khashoggi left his fiancé Hatice Cengiz outside on the street to wait for him while he went inside the Saudi consulate in Istanbul to pick up papers that would allow him to divorce and remarry. Inside the consulate, an assassination team was waiting for him. First, an operative suffocated him to death. Then, a government physician dismembered him with a bone saw in the consulate media room.

If Biden does not punish MBS, Governments like Iran, will become bolder in their violent and even murderous approach to journalists.

Khashoggi never made it out. The international outcry was swift.

Oscar-winning filmmaker Bryan Fogel made The Dissident, a documentary detailing Khashoggi’s death. Although the feature was not picked up by the likes of Netflix or Amazon – possibly out of fear for offending the Saudi government – it nevertheless sat near the top of the iTunes download chart following its release.

When Khashoggi died, a piece of me died. Not just because of his brutal murder, or the agony his family felt. I was also crying for the potential death of many journalists around the world, especially if President Joe Biden decides to stay silent about possibly punishing the main person behind Khashoggi’s murder.

Biden’s refusal to impose sanctions against Saudi Crown Prince Muhammad Bin Salman, known as MBS, is appalling. In a live interview with MSNBC during his run for president, Biden said he would take stronger action against the Saudi leadership over Khashoggi’s death. He called the kingdom’s leadership a “pariah” that has “very little social redeeming value.” Now, when it is time to punish top leadership, he retreats.

Fear, terror, and horror cannot begin to describe the common situations in which journalists find themselves.

If Biden does not punish MBS, the effects will be devastating. Governments like Iran will become bolder in their violent and even murderous approach to journalists. The United States will damage its image by refusing to uphold its promise to punish wrongdoers. And we turn our back on our moral duty to keep wrongdoers accountable. Our perceived morality when understanding the feelings of journalists who take their lives into their hands when fighting against tyranny will be destroyed. They live by the slogan: “If not me, then who?” Who else will fight for freedom? We will. And we’re prepared to die to tell you the truth.

But should Americans pride themselves on ignoring our promises to keep wrongdoers accountable? Don’t we lose our moral standing if we do not show up strong against these heinous acts? How would the world judge us? What would be the effect on the lives of other journalists? Wouldn’t the world look at the American president as someone who cannot deliver on his promises? Is this what we want for our country? Really?