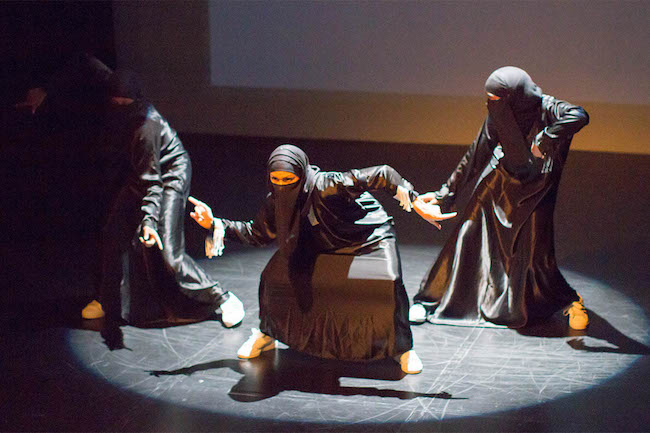 Amirah Sacket, Muslim American hip hop dancer, with a number of awards under her feet, dances wearing hijab. With her female-only dance group, she had chosen a name for her group that makes everyone laugh and think. “We’re Muslim Don’t Panic,” or WMDP, performance catches Muslim and non-Muslim audiences attention immediately.

“It creates an availability to people of different faith to talk,” she said in a Youtube interview she shared on May 24th.

The group of 3 female dancers, Khadijah, Amirah and Iman, aim to tackle a number of misconceptions non-Muslims have toward Muslim women. “Seen an image of fully clad of Muslim women of hijab and Abaya, and making it powerful and beautiful, that’ was my goal,” said Sacket during the Youtube interview.

Sacket founded WMDP in 2011. She wanted to shift the conversation toward Islam and Muslim women.

“It helps them [people] to recognize that Muslim women are very strong, very independent and we chose to dress like this,” she said.