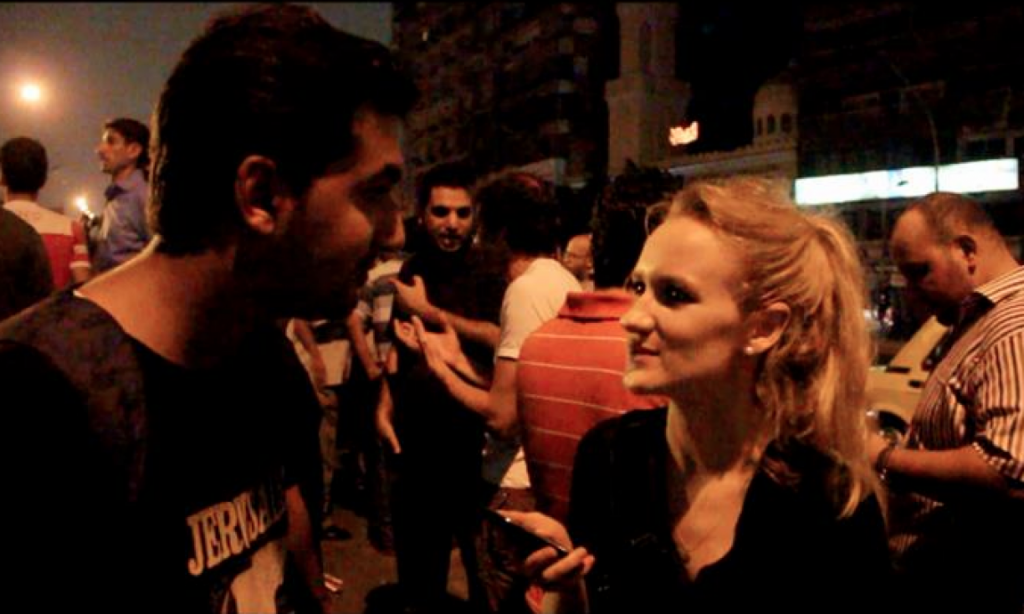 At Fashion Muslima, we support female journalists working throughout the Middle East and beyond. While we believe women are fully capable of covering everything from politics and conflict to issues concerning social justice, they still face unique challenges simply because they are female. Safety issues pose some of the greatest concerns.

As an independent, strawberry-blonde female correspondent, safety is something I think about quite a bit. I remember grasping for resources before I went to report on womens issues in Muslim communities in West Africa, and while covering the plight of Syrian refugees in Jordan.

To dig a bit further, I connected with a fellow Middle East correspondent, Anna Therese Day. Day, is an award-winning independent journalist who has experience reporting throughout North Africa and the Middle East.

In this segment, I asked Day to share some of her thoughts and advice on womens safety in journalism.

Luhmann: Speaking as a woman, what are some of the tips you would give to other women reporting in the Middle East?

Day: This topic, womens safety in journalism, is something that Im quite torn about. As a feminist, as a journalist, I think its incredibly important to have a diversity in our press core. So I would never want to discourage a woman from reporting.

However, at the same time, people ask me, How do you stay safe? And its a gamble, as in its a gamble anywhere in the world. You know, I dont think women are safe to walk at night anywhere. But obviously, the pressure of a conflict situation brings out, occasionally, the worst in people. And thats something Ive seen first-hand, that, unfortunately, many women journalists have seen first-hand.

Luhmann: So what are some, maybe list two to three safety measures that you take, things that are within your control.

Day: The best advice I can give makes me cringe. It sounds victim blaming. I dont like this kind of advice, but its true. You need to dress modestly. Try not to stick out. The minute you stick out, you can become a target much more quickly than if you didnt.

I feel very strongly about preparation before any assignment. Risk assessment is incredibly important. And those, I do think, apply even more to women than men because we have this added risk of sexual violence that many of our male colleagues dont have to consider as gravely as we do.

Luhmann: I cant help but notice that youre a tall, slender blonde. And in a part of the world where blonde hair isnt normal to see, that certainly attracts attention. So, have you ever gone so far as to consider dying your hair? Do you just wear coverings on your head? How do you navigate that?

Day: For me, you know, Ive considered it a couple of times, but I feel like I have to compromise so much as a woman and as a feminist working in countries where the institutions just dont work. So, its not just womens rights, its the rights of all marginalized groups, that we have any recourse for justice. So I feel like I compromise enough as it is that this is just kind of like the one thing Im not gonna do. Ive never dyed my hair in my life and I dont want to start doing it.

Luhmann: I can respect that.

Day: Even though, yeah, maybe it would make my life a bit easier. Ive actually reconsidered working in the Middle East, as a result. I feel like Ive compromised quite a bit and sometimes I dont know if its worth it. So, its certainly something I consider, I think about a lot. But for me, this is almost like my middle finger to all of the compromises that I do have to make as a woman reporting.

Luhmann: Well Im glad I asked. I like your answer.