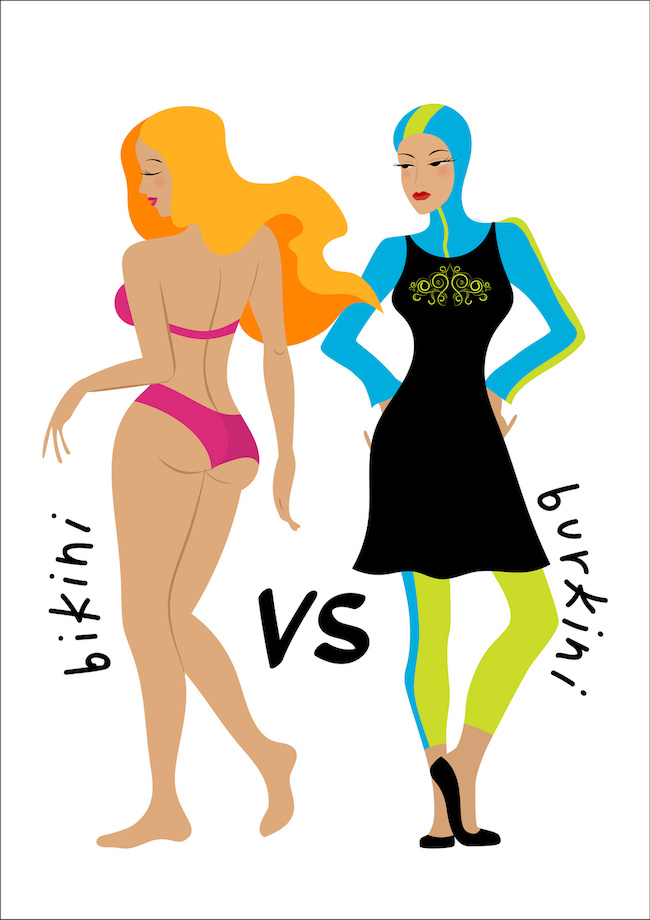 Summary: Muslim Fashion designers have expressed confusion and anger after the recent burkini ban in parts of France.

Several towns in France have recently banned the burkini, a piece of swimwear that aims to cover the wearer’s body, and Muslim fashion designers have expressed anger and frustration of the court rulings. The ban subjects Muslim women to fines.

“I am quite upset to say the least. Wearing a burkini is not a political statement, rather a choice of dress,” said Rabia Zargarpur, a Dubai-based designer who markets her Rabia Z label of so-called modest fashions online. “For Muslim women, burkinis are a symbol of liberation, not repression. Muslim women who were uncomfortable or unable to swim in mixed pools or beaches are now taking part in those activities. And women can wear a wetsuit with a hood for multiple reasons including preserving modesty or sun protection.”

The Prime Minister Manuel Valls of France recently said that Muslim women wearing the burkini is comparable to “woman’s enslavement” and “not compatible with the values of France and the Republic.” Zargarpur strongly disagreed with Valls comments.

“Undoubtedly, there are French women who buy skimpy bathing suits and tiny bikinis in submission to both male pressure and social pressures. Isn’t that enslavement?” she asked. “The real enemies of freedom are not the burkini wearers, but the politicians who want to ban them.”