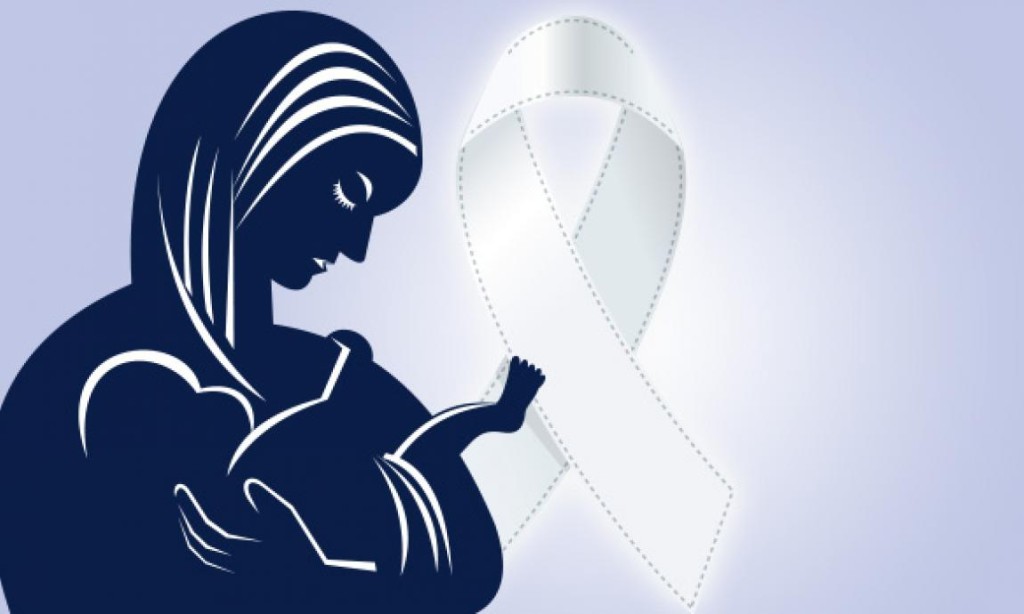 It was a hot summer day in September 2013, a few months after I had given birth to my baby girl. I knew I had hit rock bottom. I knew that I had to reach out and connect with a world, still unfamiliar for me as a new Iranian-American mom, yet hopeful.

Staring out the window of my bedroom in Sun Prairie, Wisconsin, USA, listening to my daughters soft breathing through the monitor, I was determined to break out of my cocoon and put an end to this dark tunnel of loneliness wrapped around me.

A short search on the web led me to a mommy group held near at a local church. That evening, stepping into a room full of mothers new and seasoned, some grandmothers here and there  I felt alive. It was excitingly refreshing to be among women I had a lot in common with. The topic of the night  rightfully titled  was A Beautiful Mess. For the first time in a long time, I could admit that I was a mess without feeling guilt or shame.

While the birth of a child is the most amazing and joyous moment a couple can experience, nothing prepares you for what comes next. The birth process can be exhausting, even traumatic for some. What follows afterwards is a universal experience of sleepless nights, round-the-clock feeding and changing routines, and trying to catch up with the demands of a life that existed before the babys arrival.

In the midst of all the joy and chaos, it is hard to address or even acknowledge the psychological changes that befall the mother. Postpartum depression has been known to affect as many as 1 in 7 women after giving birth in the United States alone, according to a study conducted by Northwestern Medicine researchers.

Although the new change can affect both parents, women seem to be most impacted by it. The explanation can be as simple as this: mothers  by nature and social norms  are the ones who stay home with babies to tend, nurture and provide care to them.

While men earn a new title as fathers, the puzzle pieces of their lives seem to stay intact. Working, social networking, golf outings, following basketball playoffs and such go on as before, but perhaps with less frequency. However, womens professional live of as mothers are  placed on hold with the babys arrival. Perhaps their social circle becomes smaller and outings become less frequent.

The changes can even be dramatic for mothers that did not work outside of the home prior to the baby. The lines drawn between seeing home as a nest to rest and a workplace with never-ending chores of cooking, laundering and tidying up all become blurred. This is the point when some women might feel like they are going around a circle without promotion, raise, appreciation or even acknowledgment.

Aside from medical conditions such as hormonal imbalances and a history of previous mood disorder, lack of social networking and support can trigger postpartum depression in already-vulnerable new moms.

In many cultures, it is customary to keep the new moms company in order to help her readjust to the new life with the addition to her family. However, these companionships are usually short-lived and, for some, is not even an option. In lieu of protecting the mother and baby, some cultures take it a step further and recommend the duo to stay in for a certain period of time to have the least amount of exposure to outside germs and possibly evil eye.

So what will become of the mother when she finds herself alone with a baby that requires her 24/7 attention if she does not have an outlet or a support group to partake in? What happens when she needs to share her experiences and benefit from others experiences, to have her silliest questions answered, or to simply cheer along other mothers at their kids and enjoy motherhood as is?

As much as the ability to bear a child is considered to be a womans superiority over women who cannot, admitting to have experienced postpartum blues is as embarrassing and self-condemnatory as not being able to bear a child. Many look down at illness in general as if it is a defect that makes one less than a complete person. With this background in mind, a new mom usually fears the stigmatization that ensues admitting to postpartum depression.

In the western culture, it seems to be more socially accepted to seek professional help and confide in a psychologist, life coach or consultant when trouble arises. However, the same is not quite true in the more traditional societies where family is considered to be the first line of trust for private matters. Consequently, Mommy groups where a group of mothers can form meetings based on their neighborhood proximity, for instance, is almost non-existent.

During a recent visit to my hometown of Tehran, I had casual conversations with a number of moms about their pregnancy and its aftermath. Almost everyone expressed their openness to seeking professional and medical help if they were to experience postpartum depression. But I could still sense the delicacy of the subject: the likelihood of discussing the issue  if one is lucky and honest enough to accept the fact about having postpartum depression  with family members depends on the level of comfort and frankness of individuals.

At the time, when everyone seems to be swarmed by the joy of a new baby, no one liked to be associated with something as dark and negative as depression, least of all the mothers. Many  stated that while they tried their best at being a good parent, the uninvited comments of husbands, grandparents and close family members on how to handle the baby not only discouraged them but left them feeling horrible of what an incapable mother they were.  This was particularly common in first-time mothers.

Another common, yet significant point that was blamed for after-pregnancy blues was a partial or total dissatisfaction of the partners cooperation in taking care of the baby. Once again, in the traditional societies where men are considered to be bread-winners and the role of women is geared more towards being a masterful wife and an excellent mother, boys are not trained to share feminine tasks and therefore, such mindsets evolve into their adult and married lives.

It often happens that the mother is subconsciously compared to women of the previous generations who had more children, less facilities, and were happier. That might be true, but the point being neglected here is that the modern woman is more involved in social activities and not only demonstrates her historically-assigned duties at home but shares a lot of manly tasks outside. At the time that a mother seeks her husbands affection, approval and support the most especially in the tasks pertaining to the baby, the slightest criticism uttered by the husband can place him in front of her instead of beside her, which will eventually lower her self-esteem.

On the other hand, there is an unspoken concern about getting professional help; the fear of being known and getting judged of losing it that requires medical or professional help; the fear of getting hooked on anti-depressants, and  the like. Despite the widespread appearance of medical specialists on different media raising public awareness on health issues ranging from treating a seasonal flu to more sophisticated matters like bone marrow transplant, postpartum depression is treated like dust pushed under the rug. It can therefore be seen as something of a summarization of societys sensitivity and misperception of the phenomenon.

The efforts must be made within the societies to de-stigmatize postpartum depression and view it not as a cul-de-sac but a condition that has a course like any other condition that, given the proper attention and treatment, will resolve in time.

On the other hand, competition has also caught up with the world of motherhood. Giving birth vaginally and going through the whole natural birth process in the United States is getting such a loud applaud that almost mocks the endeavors of women who have had their babies otherwise.

I personally believe any mother, regardless of the way she has given birth, is a hero and deserves respect and acknowledgment.  After giving birth, a womans body changes forever, either she has gone through C-section, or has pushed for 20 hours.

The same is true about breastfeeding, versus bottle-feeding. Mothering is not a competition. The society needs to realize that stigmatizing one method over the other will only complicate the situation and leaves the door open to those who fall victim to postpartum depression.

Had I had my baby in an environment where I would have been surrounded by my close relatives and loved ones, the circumstances might have been different. Or notthe blues could still have crept up into my life despite the family support. What matters is that I was able to channel my doubts, anxiety, stress and shortcomings through connecting with a group of ladies who were brave enough to embrace the reality of motherhood with all its ups and downs.

As I was sitting down at our mommy group is past September I couldnt help but notice a young woman with a small baby that could have not been more than few days old. I could feel a smirk spreading across my face remembering the state I was at so soon after delivery. I secretly applauded her enthusiasm, motivation and bravery to attend the 2-hour long meeting, holding her baby close and participating in the conversations. As the night unfolded, I felt empowered and confident.

I had long shed the insecure and trembling skin of being a new mom and had transformed myself into a less judgmental, more forgiving and accepting person. There was nothing wrong with my old fragile soul. It needed some TLC and I had done just so that for it.